“How to Take Fingerprints” Instruction Book

'How to Take Fingerprints' Instruction Book 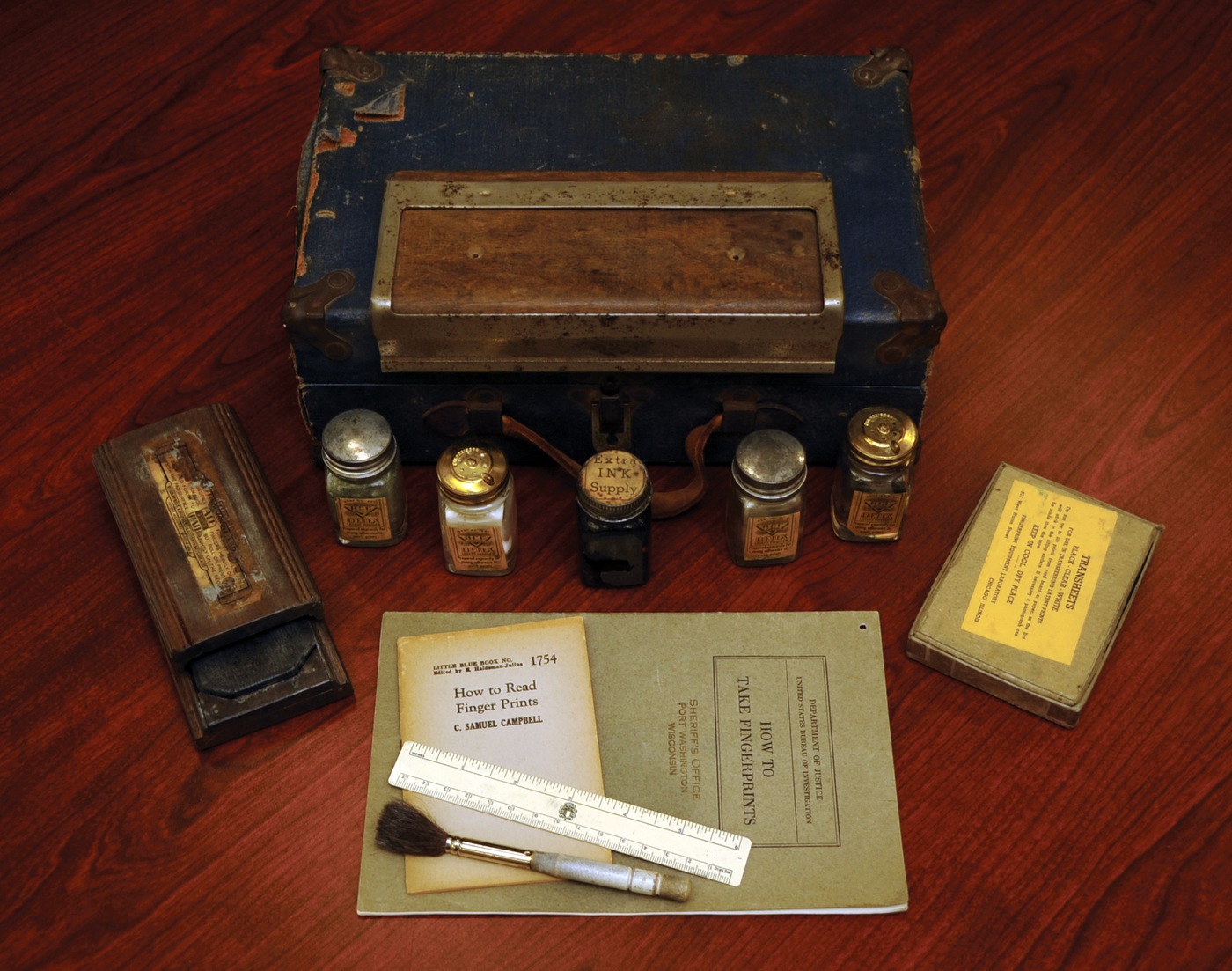 This booklet, printed in 1932 in the U.S. Government Printing Office and titled “How to Take Fingerprints,” details the best techniques for obtaining a clean, useful set of fingerprints. (Click image to view high-res.)

Your fingerprints are unique–this is a fact most people probably first learned in grade school. In fact, most kids have probably had their prints taken or have dusted a fingerprint themselves. Most people also know that fingerprints are a significant way for law enforcement to connect perpetrators to crime scenes.

The FBI has long been a leader in biometrics, specifically in biometrics that help law enforcement solve crimes. We've been the nation’s repository for fingerprints and other biometrics since 1924.

Then, in 1999 we made a technological leap with IAFIS (the Integrated Automated Fingerprint Identification System), which provides automated tenprint and latent fingerprint searches, electronic images storage, electronic exchanges of fingerprints and responses, and text-based searches based on descriptive information.

Building on the foundation of IAFIS, the FBI has begun implementing NGI (or Next Generation Identification) to bring our biometric identification and criminal history information to the next level.

But fingerprinting and biometric data haven't always been captured via or stored on computers: This a booklet, printed in 1932 in the U.S. Government Printing Office and titled “How to Take Fingerprints,” details the best techniques for obtaining a clean, useful set of fingerprints.

Here is an excerpt from the forward, written by then-Director, J. Edgar Hoover:

“This pamphlet has been prepared by the United States Bureau of Investigation as an aid to the many peace officials of the country who, recognizing the value of fingerprint identification, desire to take advantage of this important science to increase the efficiency of their operations and restrict the field of criminal activity. It contains information of value, particularly to official who are initiating fingerprint work and who are desirous of securing data relating thereto.

The remarkable growth of the identification division of the United States Bureau of Investigation since its organization in 1924 ... is sufficient proof of the true appreciation of dactyloscopy as a positive medium of personal identification.

Great as this growth has been, however, it appears that there are still many officials who are not utilizing fingerprints for identification purposes, and it is with the hope of impressing these officials with the simplicity of the process that the fourth issue of this pamphlet has been prepared.”