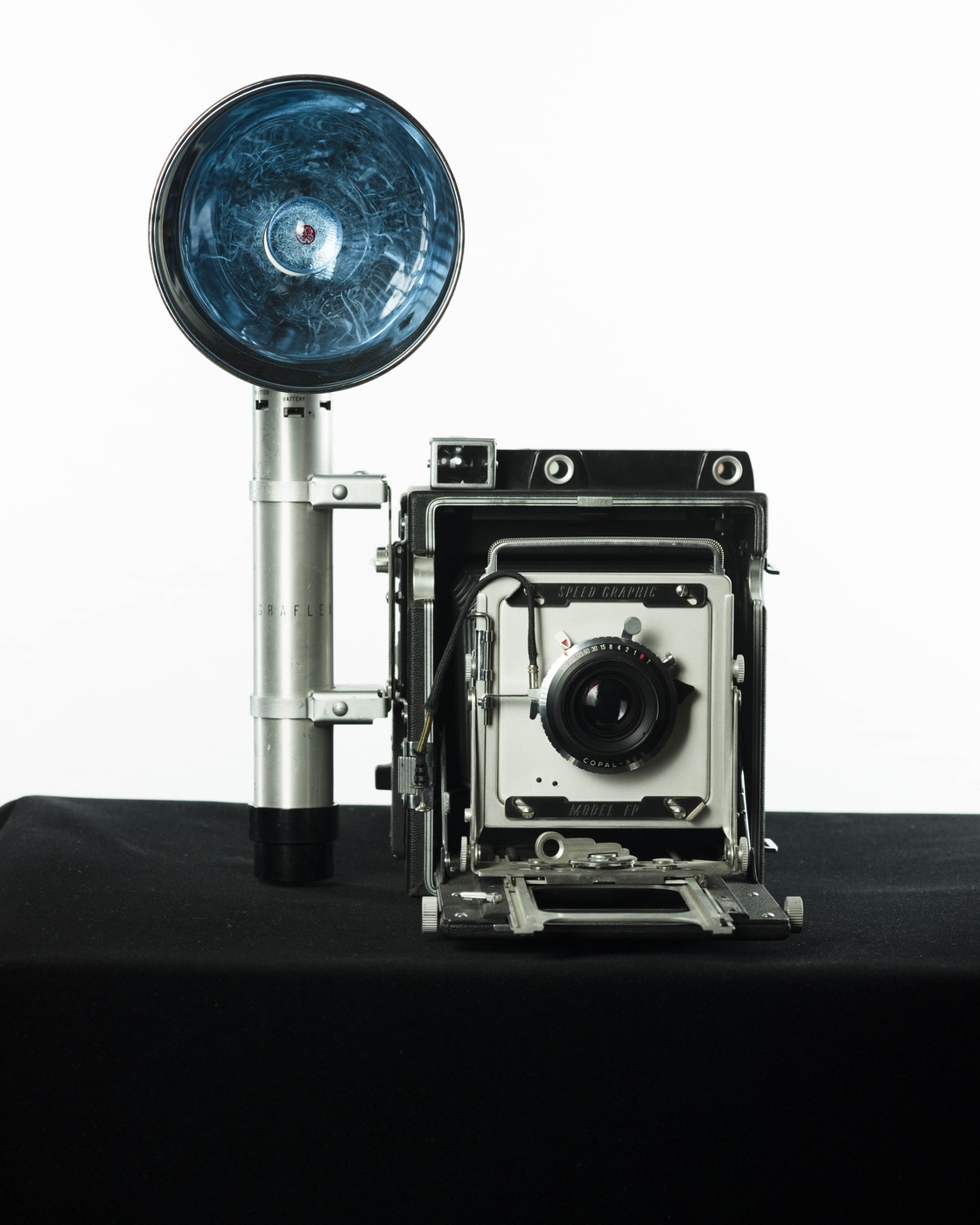 This Graflex Speed Graphic Camera was originally produced in 1912 by Gralfex and upgraded in 1947. This camera was manufactured until 1973.

The Graflex Speed Graphic Camera was used by many U.S. press photographers until the mid-1960s and was used by the FBI for a variety of purposes, to include aerial shots, crime scene photos, evidence photos, photographing fingerprints and footprints, photographing tire tracks, and portrait photos.