Gone with the Wind First Edition

'Gone with the Wind' First Edition 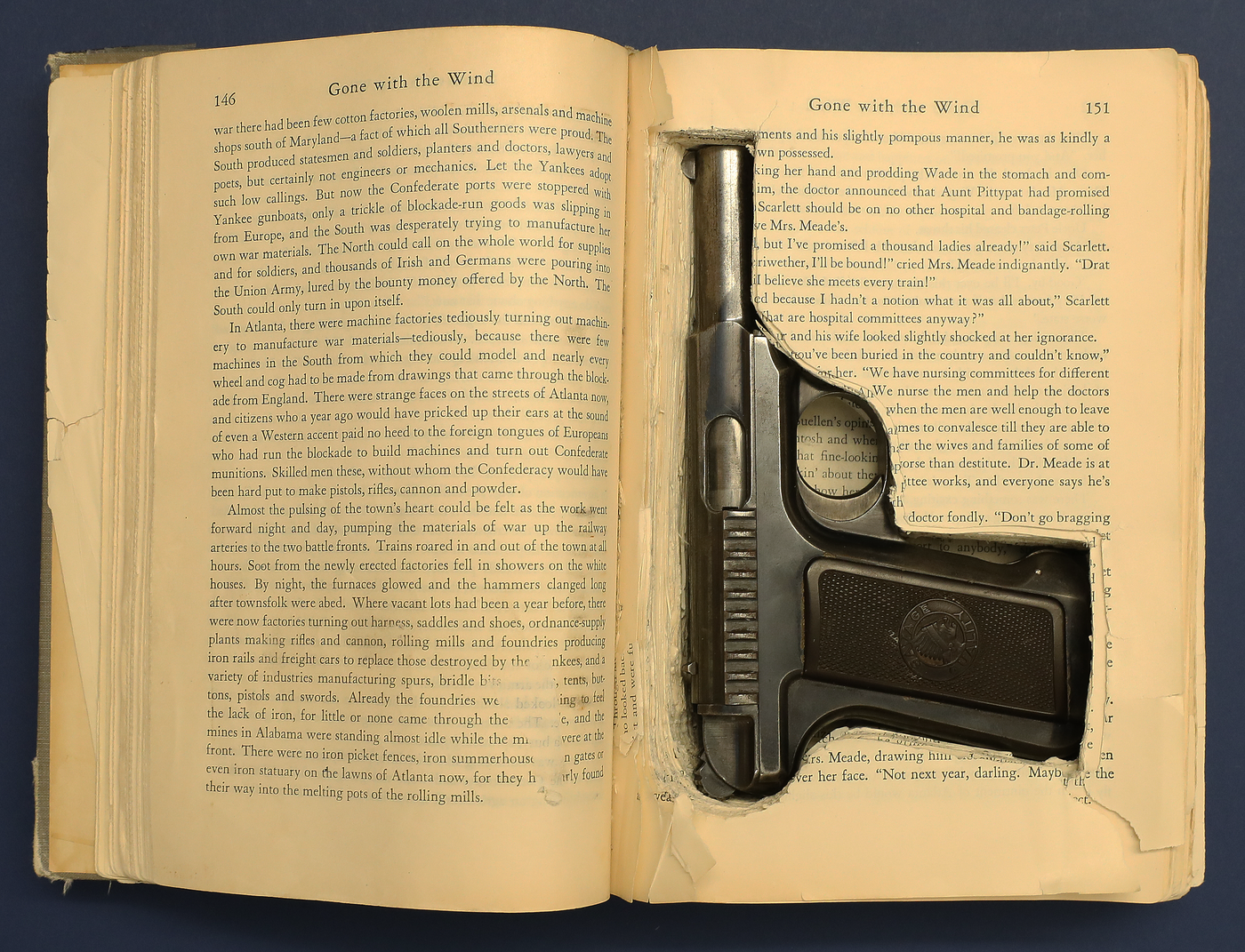 This rare first edition of Margaret Mitchell’s "Gone with the Wind" was used to conceal a .32-caliber pistol. (Click image to view high-res.)

This rare first edition of Margaret Mitchell’s "Gone with the Wind" was used to conceal a .32-caliber pistol.

According to a report dated September 24, 1941, the Phoenix Division sent the gun to the Laboratory Division for examination after receiving it from the Yavapai County Sheriff’s Office. Firearms examiners compared test bullets and cartridge cases from the gun to similar samples but could not identify the weapon or match it to other evidence.

Published in 1936, this copy of the book resides in the Laboratory Division’s Reference Firearms Collection in Quantico, Virginia—the gun housed in its 1,037 pages.

Created in 1933, the Reference Firearms Collection contains more than 7,000 firearms as well as accessories like magazines and suppressors and even grenade and rocket launchers. It is a reference catalog of guns our examiners can study, disassemble, reassemble, and test fire to support investigations.

By maintaining a working library of thousands of handguns and rifles—along with a database of their unique toolmarks—firearms examiners can determine what guns criminals might have fired while committing crimes.

During the firing process, a gun transfers unique markings onto its bullets, cartridge cases, and other ammunition components. Examiners scrutinize these toolmarks under microscopes during investigations to determine whether bullets and cartridges belong to specific firearms. The FBI records the General Rifling Characteristics in a database and distributes this information to law enforcement agencies worldwide.

Firearms examiners can also compare weapons in the collection to weapons in crime scene photographs taken by the FBI’s scientific and technical photographers.

The library ultimately helps examiners refine their craft and assist in solving cases.

Learn more about the Reference Firearms Collection from a firearms examiner.