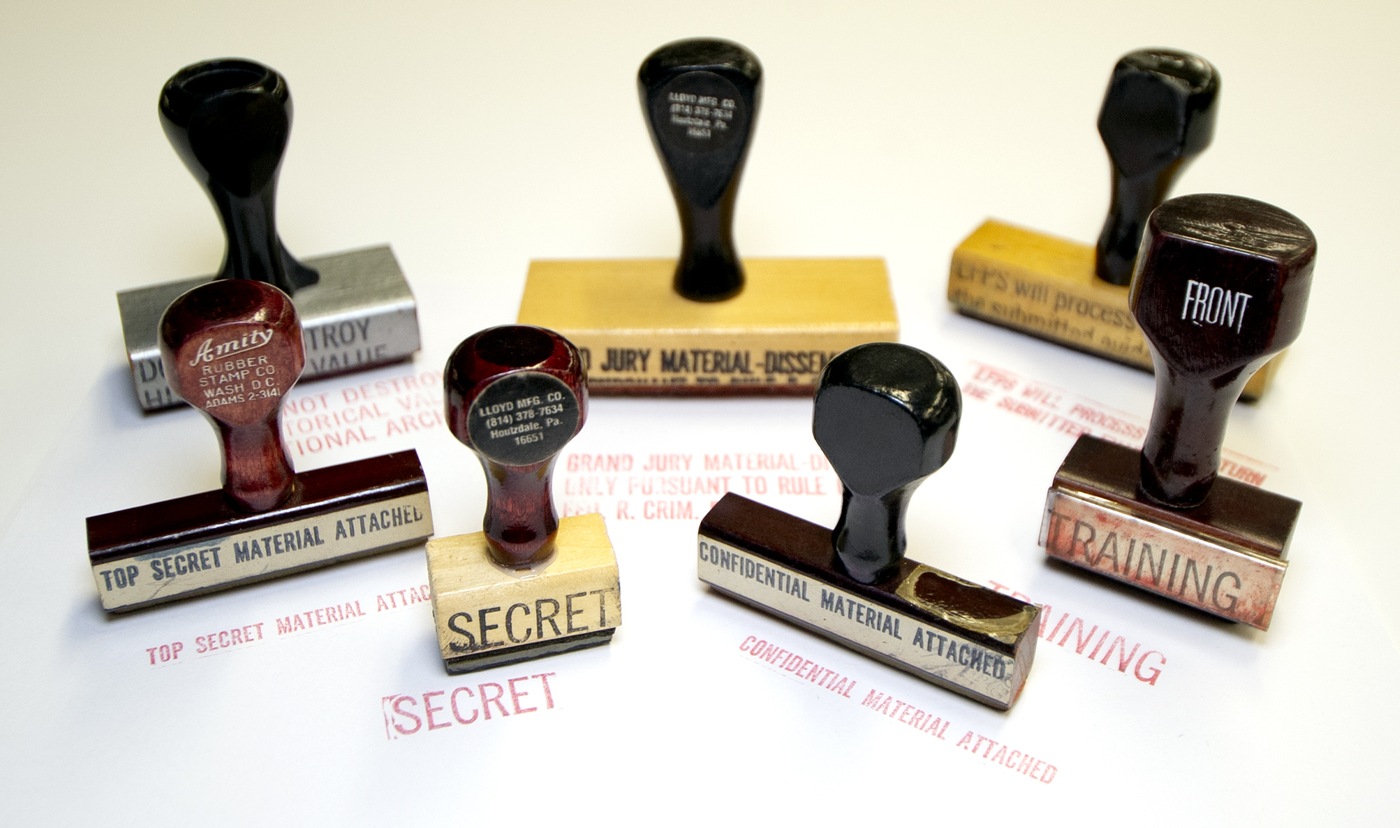 The FBI’s February 2019 Artifact of the Month is this collection of FBI stamps, an example of some basic office equipment used from the period of World War II up until relatively recently by generations of Bureau employees. (Click image to view high-res.)

Before computer programs and applications took over the processes of office paperwork, the tool of choice for making administrative tasks easier was the rubber stamp. This collection of FBI stamps was among some basic office equipment used from the period of World War II up until relatively recently by generations of Bureau employees. These stamps are made of vulcanized rubber and wood and were used with an ink pad.

It was during World War II that the U.S. government and its allies began to define the current range of classification categories from Unclassified to Top Secret; stamps were used to clearly mark documents accordingly. Some stamps indicated sensitive grand jury material and so warned anyone who handled it that the material could not be disseminated except under very strict rules that protect grand jury proceedings.

As the Bureau took an active effort to preserve its historical files and identify material that had to go to the U.S. National Archives, the “Do Not Destroy Historical Value” stamp was created. Other stamps marked material for the FBI Laboratory or the FBI Academy. Each stamp was meant to make the lives of the many FBI staffers handling the day in, day out paper flow of the FBI more efficient.