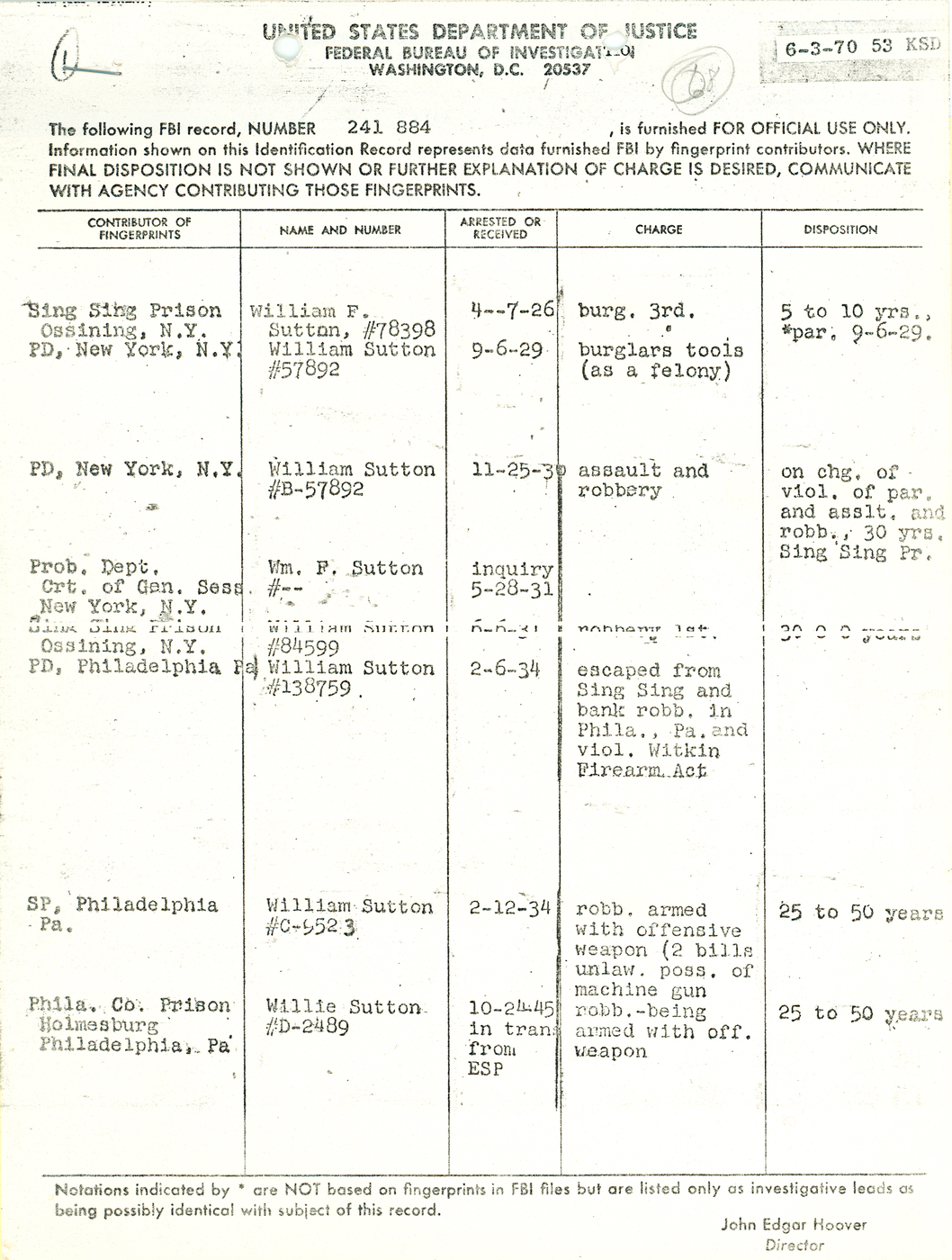 Sutton was a bank robber and earned the nicknames “The Actor” and “Slick Willie” for his ingenuity in executing robberies in various disguises. He was fond of expensive clothes and was often described as being an immaculate dresser.

When asked why he robbed banks, Sutton simply replied, “Because that’s where the money is.”

Sutton was arrested a number of times during his career as a robber and escaped from prison a total of six times.

On March 20, 1950, Sutton was added to the FBI’s Ten Most Wanted list. Because of Sutton’s affinity for expensive clothes, his photograph was given to tailors as well as to police departments. In fact, a 24-year-old tailor’s son recognized Sutton on the New York subway in February 1952, followed him to a gas station, and reported him to law enforcement.

At the time he was arrest in 1952, Sutton still owed one life sentence plus 105 years, and he was further sentenced to an additional 30 years. Seventeen years later, the New York State penal authorities decided he did not have to serve the two life sentences and 105 years, and on December 24, 1969, Sutton was released. Sutton was ill but went on to a second career as an actor and book author. He died on November 2, 1980 at the age of 79.