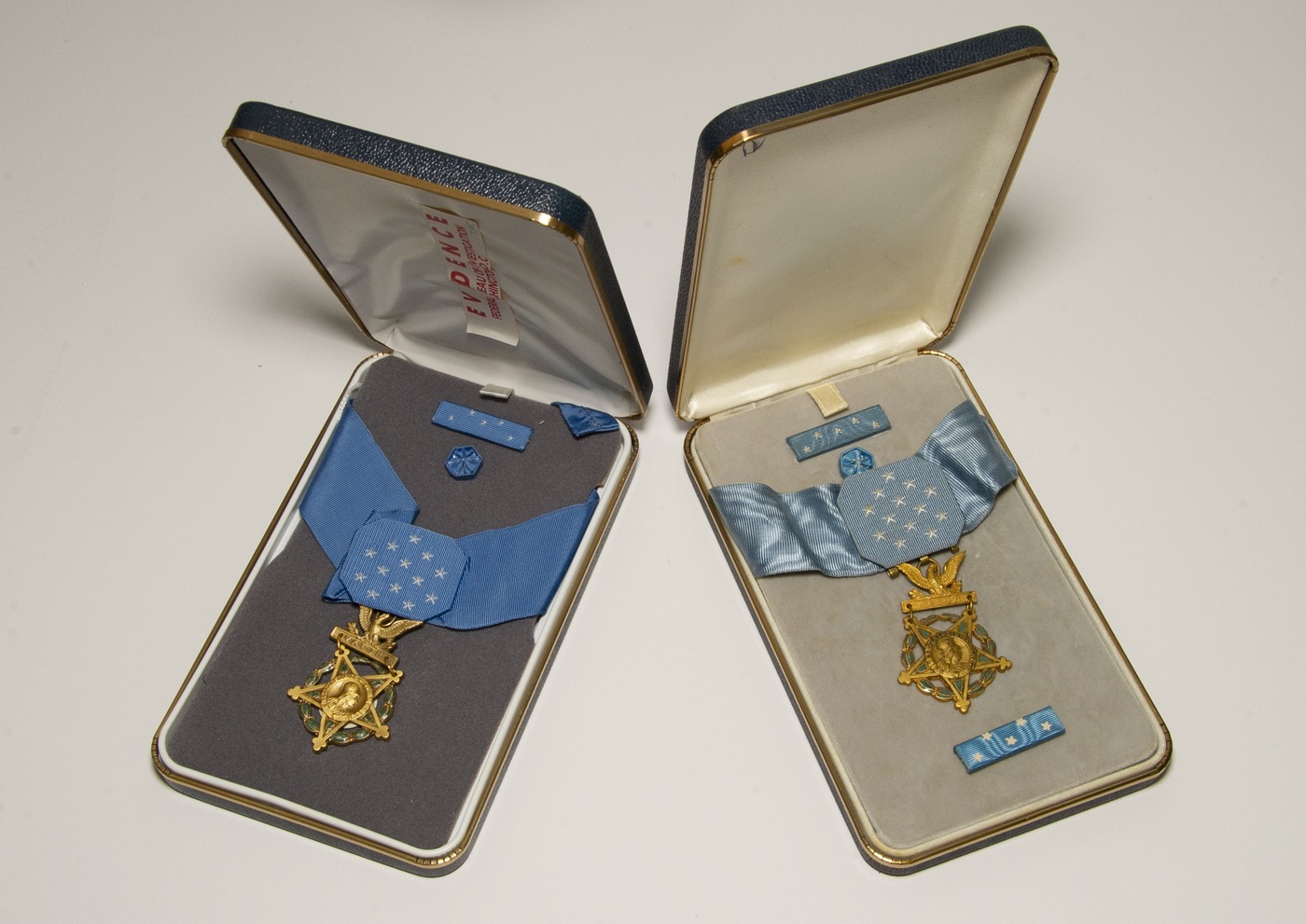 This fraudulent Medal of Honor was seized by the FBI in 1996.

The Medal of Honor is the highest award for valor that can be bestowed upon America’s armed forces. According to the Congressional Medal of Honor Society, only 3,504 military veterans have received the award since 1861, 19 of whom were double recipients. In the past 70 years, more than half of all Medals of Honor were awarded posthumously. Today, there are 70 living recipients.

Due to the prestige of the Medal of Honor, it is a federal crime to manufacture, sell, or trade these awards without authorization of the federal government. It is also illegal to use unauthorized Medals of Honors to receive benefits, such as money or property.

In the early 1990s, FBI Special Agent Tom Cottone (now retired) attended a trade show and noticed a vendor selling illegally manufactured Medals of Honor. Cottone learned that multiple unauthorized Medals of Honor existed in circulation and began investigating to find out which company produced them.

During his investigation, Cottone found more than 200 individuals who falsely identified themselves as Medal of Honor recipients, which was more than the number of living recipients.

Cottone’s investigation determined that H.L.I. Lordship Industries, the government’s official manufacturer of the Medal of Honor, also illegally manufactured unauthorized Medals of Honor. In 1996, Lordship was convicted in federal court, fined the maximum penalty of $80,000, and ordered to pay $22,500 in restitution. In addition, the company was ultimately barred from receiving any government contracts for 15 years, resulting in approximately $155 million in lost earnings.

This photo features an unauthorized Medal of Honor (right) next to an authentic one (left), which was used by the FBI for reference. The unauthorized award has an extra ribbon bar, which would not be issued with the medal.