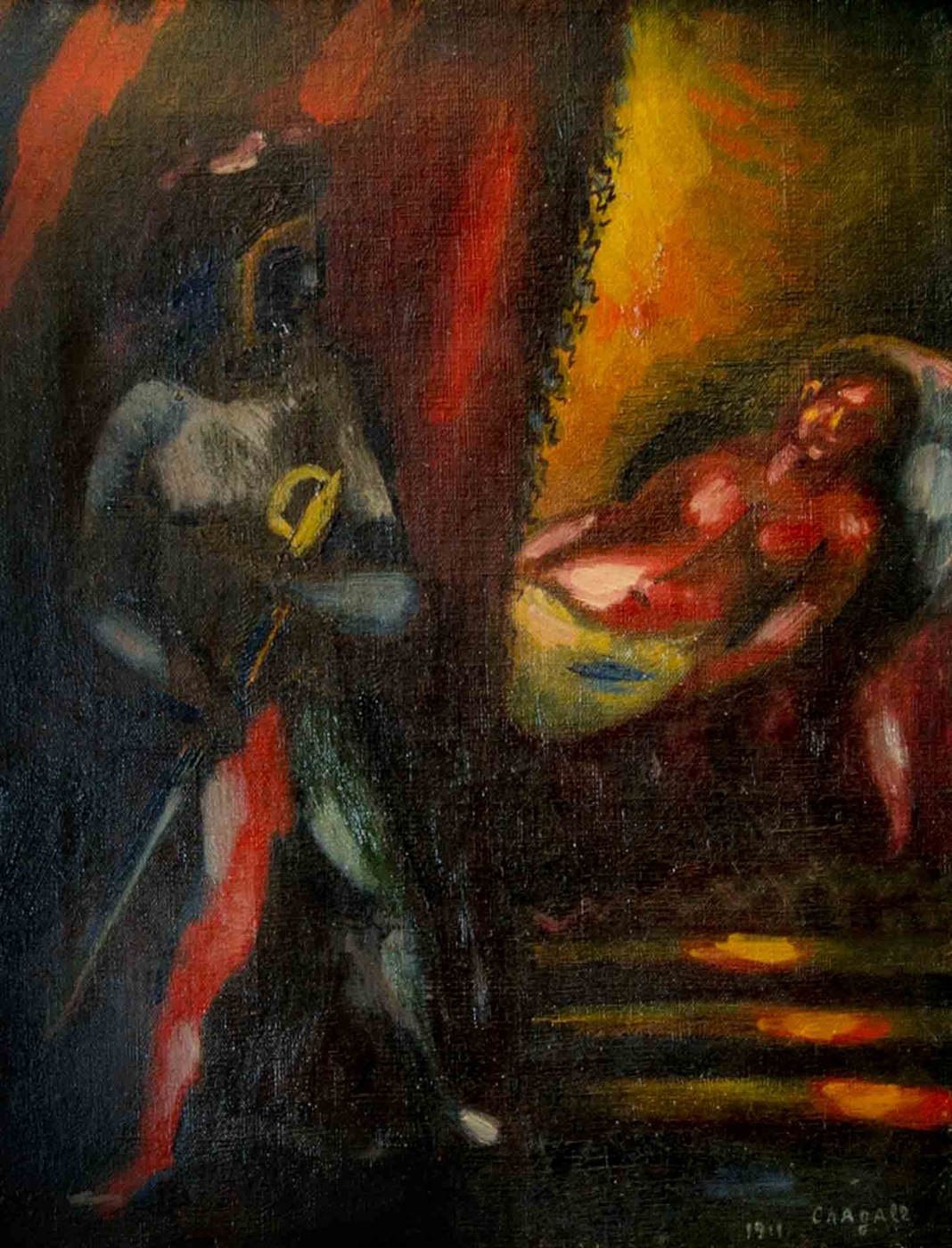 This 1911 painting by Marc Chagall was stolen nearly 30 years ago from an elderly New York couple’s Manhattan home. (Click image to view high-res.)

This 1911 painting by Marc Chagall was stolen from an elderly New York couple’s Manhattan home. In April 2018, the modernist oil-on-canvas work was returned to the family’s estate.

The painting, entitled "Othello and Desdemona," was recovered last year after a Maryland man contacted the FBI’s Washington Field Office. The man’s repeated efforts to consign the painting had been rebuffed by a Washington, D.C., gallery owner who was suspicious about the lack of paperwork supporting the painting’s authenticity and provenance. The gallery owner suggested the man call law enforcement, which is how it became an FBI investigation.

Shortly afterward, the thief met with the Maryland man in Virginia to try to sell the painting, court documents show. The Maryland man found a potential buyer, but the deal collapsed when he learned he wasn’t going to receive a cut of the proceeds.

The Maryland man kept possession of the painting and stashed it in his attic for years. He brought it out in 2011—and again in January 2017—in his fruitless appeals to the D.C. gallery owner to exhibit and try to sell the stolen art.

The Chagall painting, which until recently was still stored in the makeshift wooden box, will be returned to the Hellers’ estate, which plans to place it on auction. Proceeds will reimburse the insurance company that paid the theft claim years ago and be directed to several non-profit organizations supported by the estate, including an artists’ colony in New Hampshire.