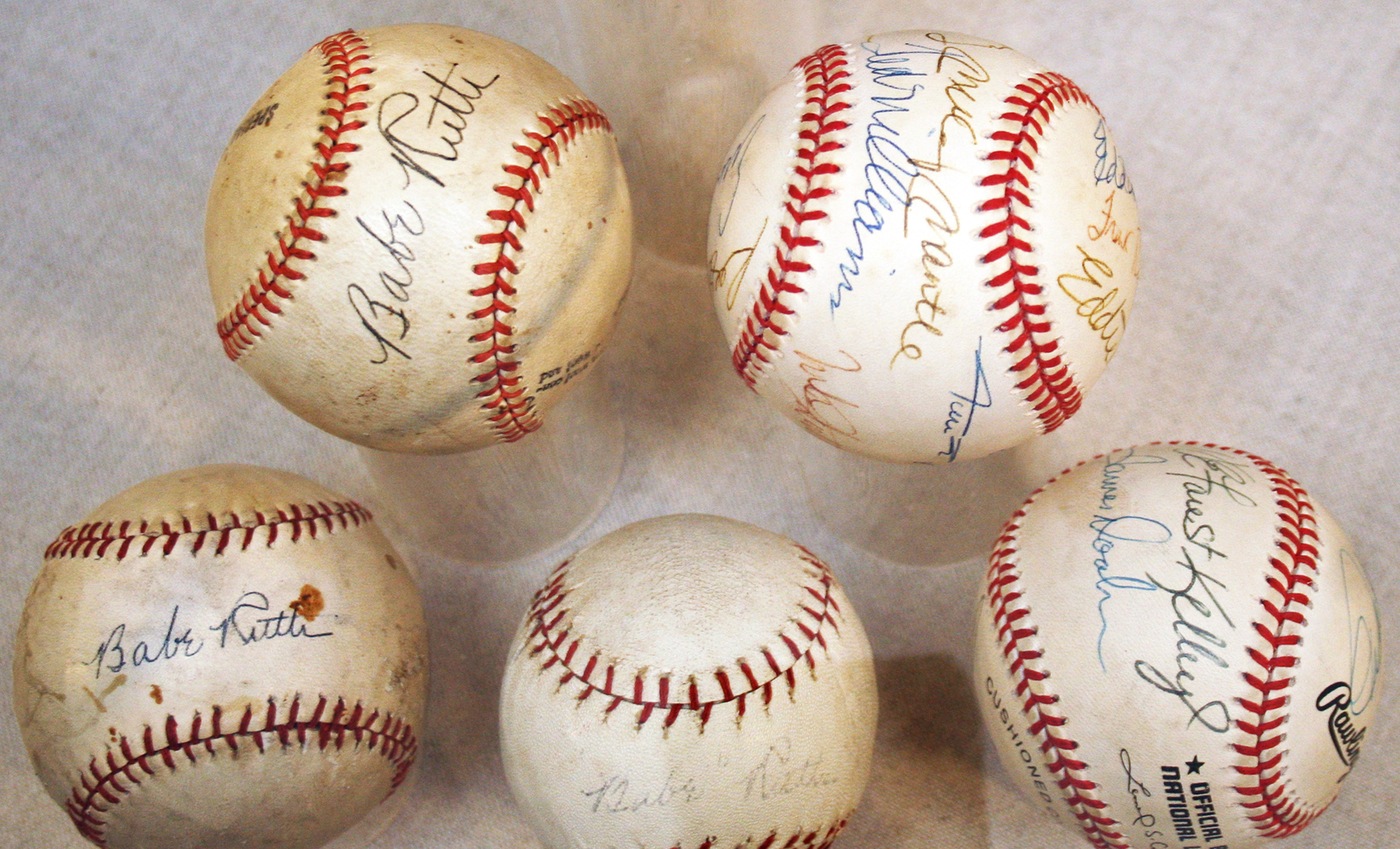 This collection of forged baseballs, which include professional baseball player Babe Ruth’s autograph, were recovered in Operation Bullpen. (Click image to view high-res.)

For fans, baseball season means hot summer days at the ballpark, home runs, curveballs, and peanuts and cracker jacks. For criminals, though, it may seem like a prime opportunity to make money through fraud. And that’s just what happened in the U.S. in the 1990s.

In the 1990s, the FBI realized there was a major problem threatening the sports and celebrity memorabilia market, and the FBI initiated a sports memorabilia fraud investigation. The investigation initially focused on individuals who forged, fraudulently authenticated, and distributed Chicago athletes’ autographed memorabilia.

It also enabled the investigators to record statements from the criminals talking knowingly about the fraud and conspiring to avoid law enforcement detection. The investigators also worked with professional baseball players to identify forged autographs.

In late 1999, the FBI and IRS were prepared to take down the enterprise and executed over 60 search warrants across the country, with over 400 special agents involved in the operation. The FBI and IRS seized over $500,000 in cash and approximately $10 million in forged memorabilia, including over 10,000 forged baseballs. Items seized had autographs from athletes and celebrities like Mother Teresa, Babe Ruth, Mickey Mantle, Roberto Clemente, and Sammy Sosa.

The FBI and IRS also seized or purchased hundreds of “cut” autographs, which are pieces of paper containing an autograph of an individual who is long dead, to include the autograph cuts of President George Washington, James Dean, Walt Disney, and Elvis Presley.

This collection of forged baseballs, which include professional baseball player Babe Ruth’s autograph, were recovered in Operation Bullpen. Operation Bullpen stands out among FBI investigations for the successful infiltration and dismantling of a major, nationwide network of forgers, authenticators, wholesalers, and retailers responsible for the creation and sale of up to $100 million in forged memorabilia across the entire U.S.