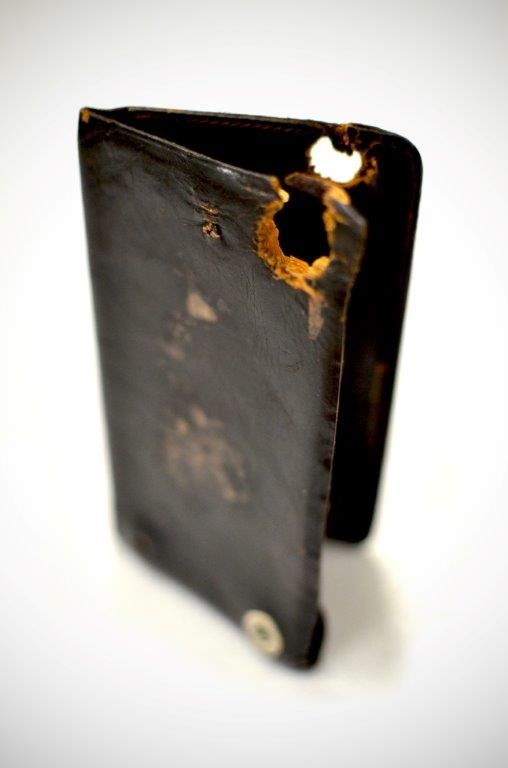 This notebook belonged to gangster Russell Gibson and was recovered after his death.

The Great Depression, with all of the financial trouble it wrought, was a breeding ground for gangs. One such gang was the Barker-Karpis Gang. Founded by Fred Baker and Alvin Karpis, the gang thrived from 1931-1935 and had three core members, including Arthur Barker’s brother Fred. At its height, the gang had a network of 25 people and primarily dealt with bank and train robberies, but it was also among the few gangs that delved into kidnappings for ransom.

The gang is most known for two major kidnappings: William A. Hamm, Jr., president of the Theodore Hamm Brewing Company; and the kidnapping of Edward George Bremer, Jr., a wealthy banker. Though the gang executed both robberies and kidnappings well and were efficient in covering their tracks, they were not aware of the FBI’s newest technology: latent fingerprinting identification. Hamm and Bremer were targeted by the gang because of their wealth, so the gang wrote ransom notes to their families—with their own fingerprints all over them.

The FBI Laboratory played a key role in identifying the kidnappers. After Hamm was kidnapped, the FBI was able to successfully use the silver nitrate method to extract latent prints from the ransom notes. Unseen fingerprints contain perspiration, which contains sodium chloride. When the FBI Laboratory scientists painted the ransom notes with a silver nitrate solution, the salty perspiration reacted with the silver nitrate to form silver chloride, which is white and visible to the naked eye. This was the hard evidence needed to tie the Barker-Karpis Gang to the kidnappings.

On January 8, 1935, the FBI tracked one of the Barker brothers to a home in Chicago and arrested him. Later that night, agents were able to apprehend several more gang members. One gang member, Russell Gibson, tried to confront the agents while he was wearing a bullet-proof vest, but he was fatally wounded.

A search of the Chicago home allowed agents to discover the hideout where the other Barker brother was hiding. On January 16, 1935, agents surrounded the hideout and engaged in a shootout that lasted about an hour. By the next morning, all firing had ceased, and the Barkers were dead. Alvin Karpis would be on the run for a few more months before being captured and sentenced to life in prison.

This notebook belonged to gangster Russell Gibson and was recovered after his death. The notebook bears a distinctive bullet hole—a final, physical reminder of the shootout with law enforcement that led to Gibson’s death and the end of the Barker-Karpis Gang’s reign.