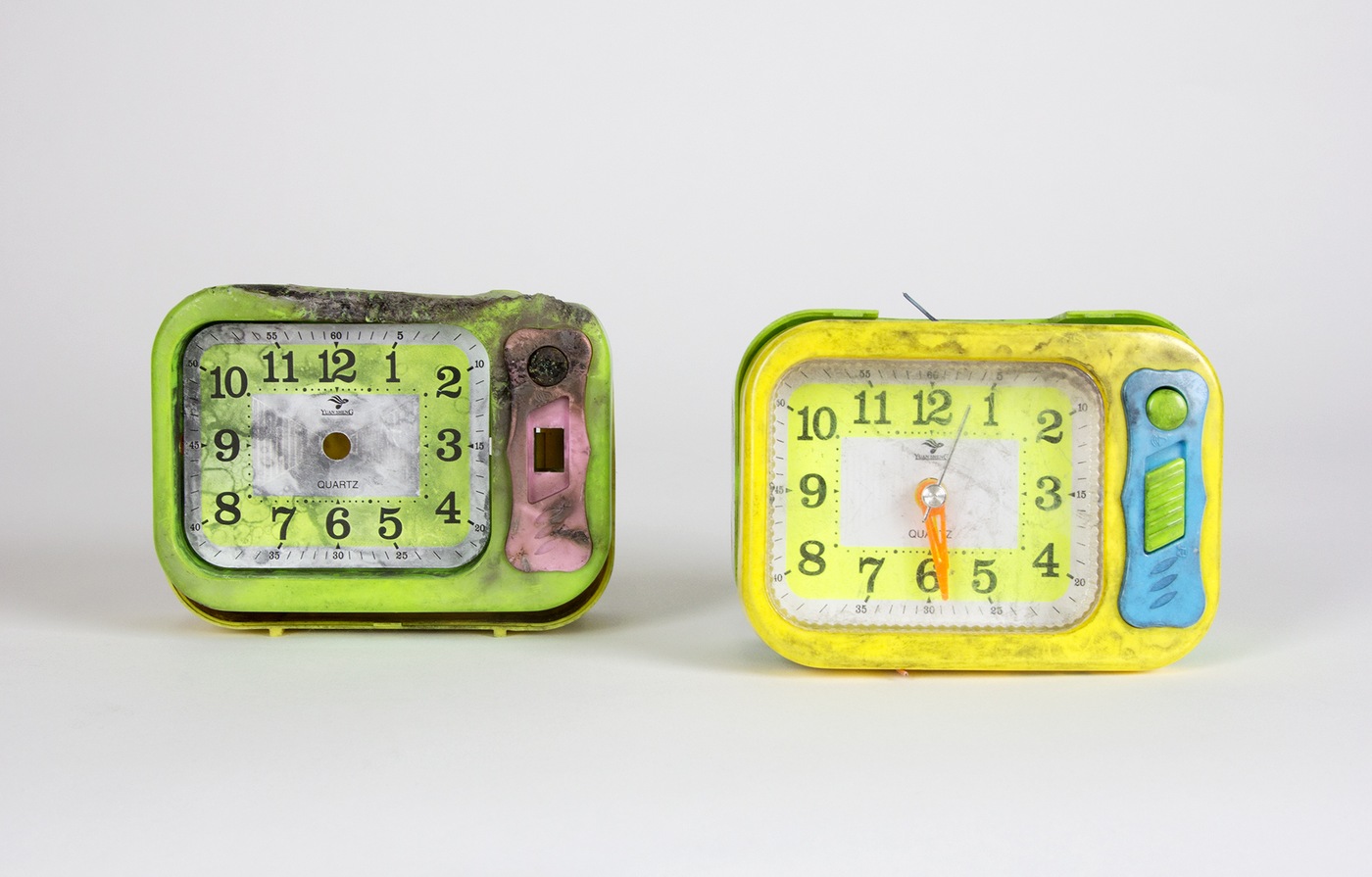 A pair of alarm clocks that were part of a car bomb that Faisal Shahzad planned to detonate in Times Square in 2010. Photo by Sarah Thompson/Newseum (Click image to view in high-res.)

These alarm clocks were part of a car bomb that Faisal Shahzad planned to detonate in Times Square in 2010. Fortunately, the bomb never detonated, and the FBI helped bring Shahzad to justice.

On May 1, 2010, multiple citizens reported seeing smoke coming from an SUV parked near 45th Street and Seventh Avenue in New York City. First responders searched the vehicle and found the two alarm clocks, as well as firecrackers, gas cans, propane tanks, a pressure cooker, and fertilizer.

FBI agents joined law enforcement partners at the scene and then worked with the New York Police Department (NYPD) to trace the SUV to Shahzad, a naturalized U.S. citizen born in Pakistan. Shahzad had purchased the SUV a few weeks earlier.

Shahzad had planned to fly to Dubai. FBI agents and NYPD officers arrested him.

After his arrest, Shahzad confessed to driving the homemade car bomb into Times Square. He also said he had traveled to Waziristan, Pakistan, and trained with explosive trainers who were affiliated with Tehrik-e-Taliban, a militant extremist group. In February 2010, Shahzad had received approximately $5,000 in cash from a co-conspirator in Pakistan who Shahzad understood worked for Tehrik-e-Taliban. He received an additional $7,000 in cash from this co-conspirator in April.

The FBI and the NYPD searched Shahzad’s apartment in Bridgeport, Connecticut, using keys found in the SUV. Investigators found materials related to the bomb, including boxes that had contained the alarm clocks.

Shahzad pleaded guilty to charges related to the attempted bombing. In October 2010, a judge sentenced him to life in prison for his crimes.

Learn more about how law enforcement partnerships played a role in this case.