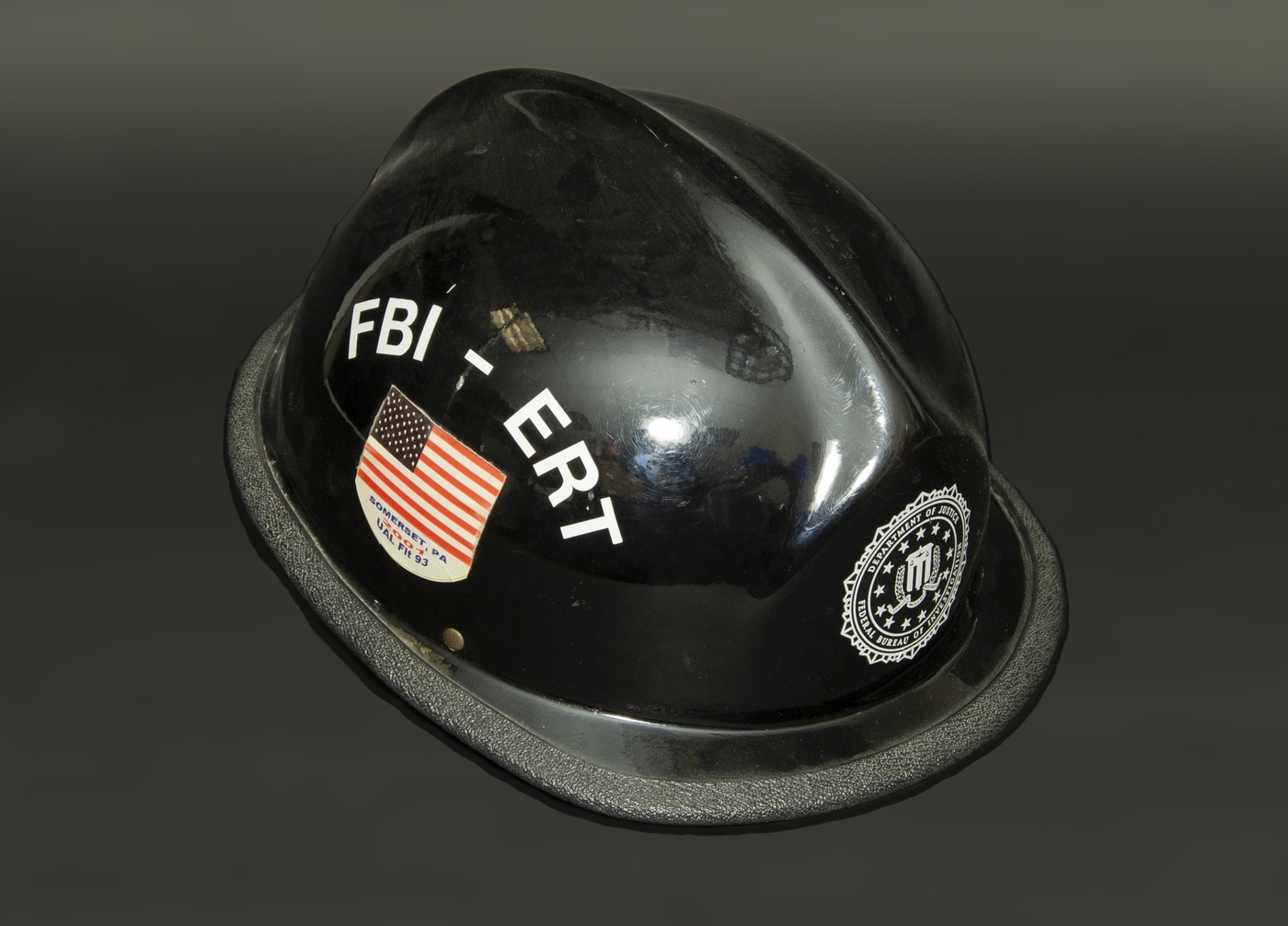 A black hard hat that a 9/11 responder wore. (Click image to view high-res.)

When planes struck the Pentagon and the twin towers on September 11, 2001, FBI Pittsburgh personnel wondered where to respond—until they learned a plane had crashed in their jurisdiction.

FBI agents and Evidence Response Team (ERT) members rushed to the crash site in Shanksville, Pennsylvania. They discovered a crater full of pieces of wreckage, most of which were the size of a notepad or smaller.

Several FBI ERTs and federal, state, and local partners deployed to Shanksville to help. Responders scoured the site—some crawling on their hands and knees—in search of debris, human remains, and victims’ belongings.

To help keep themselves safe during searches, ERT members wore protective gear—including hard hats like this one—boots, and hazmat clothing.

Responders found the hijackers’ notes and passports and a knife that investigators believe one of the hijackers used. They also recovered the plane’s black boxes—the flight data recorder and cockpit voice recorder.

FBI personnel hand-delivered the black boxes to the manufacturer for repairs. They hoped the recordings would reveal what had happened on the flight.

The recordings conveyed a struggle: the plane tilting, the passengers screaming, glass shattering.

Evidence from the site suggests that the passengers tried to storm the cockpit to stop the hijackers from reaching their target. Their bravery saved a countless number of lives.

Learn more about the FBI’s investigation in Shanksville.

Visit fbi.gov/911-20years﻿ for more of the FBI's coverage on the 20th anniversary of the September 11 attacks.