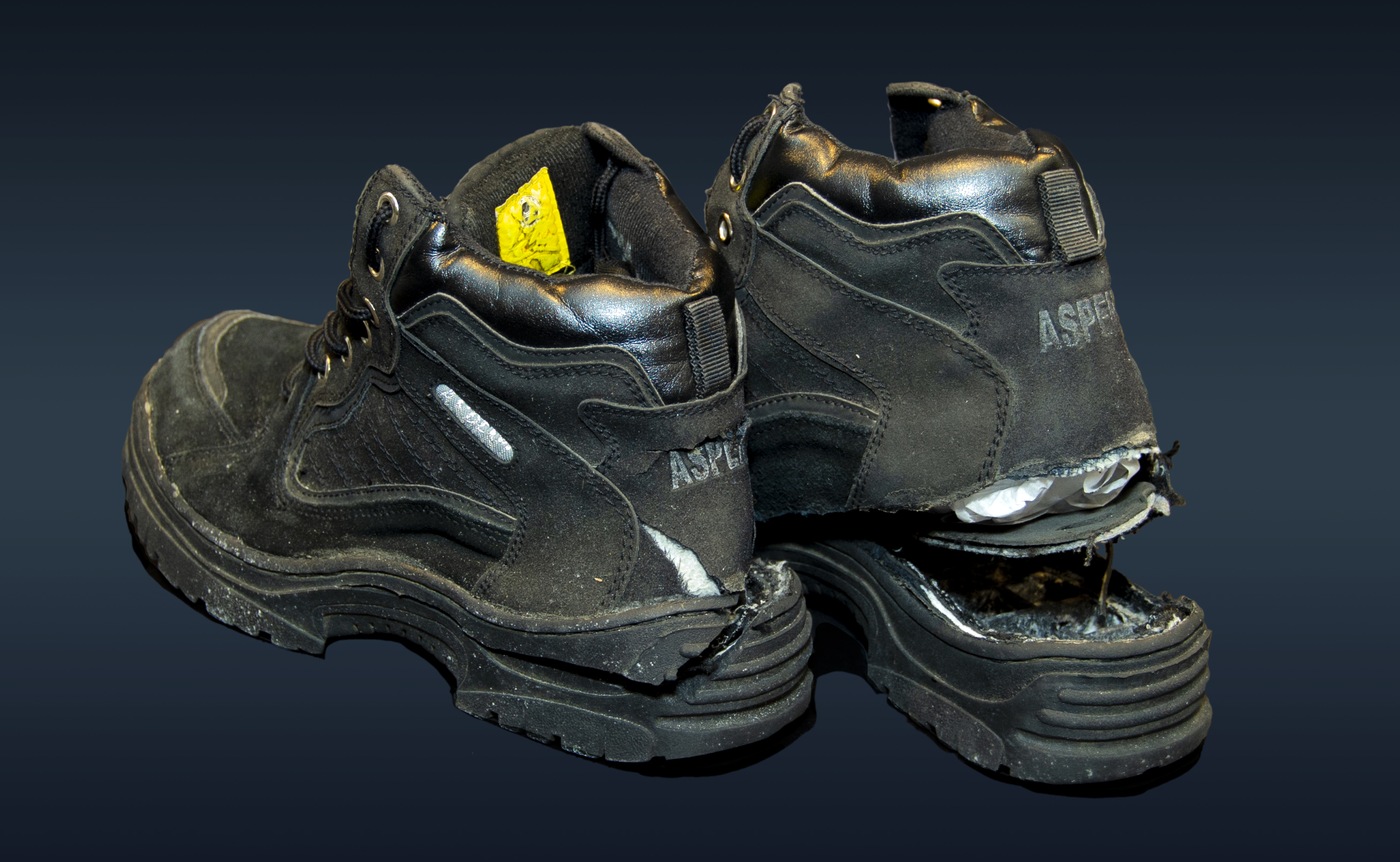 The FBI’s December 2020 Artifact of the Month is the pair of shoes Richard Reid—also known as the “shoe bomber”—tried to detonate in 2001. FBI bomb techs determined that the shoes contained about 10 ounces of explosive material. (Click image to view high-res.)

On December 22, 2001—just months after the 9/11 attacks—Richard Reid boarded American Airlines Flight 63 from Paris to Miami with homemade bombs hidden in his shoes.

During the flight, Reid tried to detonate his shoes, but he struggled to light the fuse. Crew members and passengers noticed and restrained him.

The plane diverted to Logan International Airport in Boston, and Massachusetts State Police officers took Reid into custody. Reid told FBI agents that he made the shoes himself.

On October 4, 2002, Reid pleaded guilty to eight terrorism-related charges. A judge sentenced him to life in federal prison.

The FBI’s December Artifact of the Month is the pair of shoes Reid—also known as the “shoe bomber”—tried to detonate. FBI bomb techs determined that the shoes contained about 10 ounces of explosive material.

During a preliminary hearing, an FBI agent revealed how dangerous the homemade bomb was. She said that bomb techs determined that the bomb would have blown a hole in the plane’s fuselage and caused the plane to crash if it had detonated.