Mr. Harris has enjoyed a prosperous and successful broadcasting career in the Bay Area spanning more than four decades. He has utilized his status and recognition to improve Tampa Bay communities by lending his voice to promote and emcee various non-profit organizations, including veteran and law enforcement causes. Mr. Harris consistently and successfully uses his broadcasting platform to reach those on-air and off-air and provide hope to those in need.

In addition to the award, Mr. Harris also received a trip to Washington, D.C. to attend a formal ceremony in April, which honors all DCLA recipients selected by each of the 56 FBI field offices.

Since 1990, the DCLA has been a principle means for the FBI to publicly recognize the achievements of individuals and organizations for their contributions to crime and violence education and prevention within their communities. 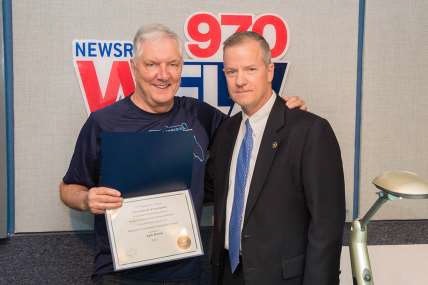