The PSAs were meant to be provocative and unsettling to watch to serve as a wake-up call. The first two featured suburban victims to dispel the misconception that the problem was only in poor urban neighborhoods. In 2018, the PSA evolved to show that families are not helpless by directing viewers to TalkAboutItSTL.com, which gives parents age-specific talking kits to start conversations with their children.

SAC Quinn made the surprise announcement at NCADA—St. Louis’ headquarters in front of its staff and board members. He said, “NCADA came up with a creative way to raise awareness with more than one million people about the devastating opioid epidemic. But their lasting impact is the hard work they do day-in and day-out to prevent the harms of alcohol and drug use through education, intervention, and advocacy.” Executive Director Nichole Dawsey accepted the award on behalf of NCADA.

When it comes to intervention, its Transitional Counseling Program has great success helping schools, students, and their families address the question of “now what” after a substance–related incident at school.

On May 3, 2019, there will be a national ceremony at FBI Headquarters in Washington, D.C. FBI Director Christopher Wray will personally present the award to NCADA and the other honorees selected by each of the FBI field offices across the country.

Past St. Louis honorees (years not listed did not have a recipient): 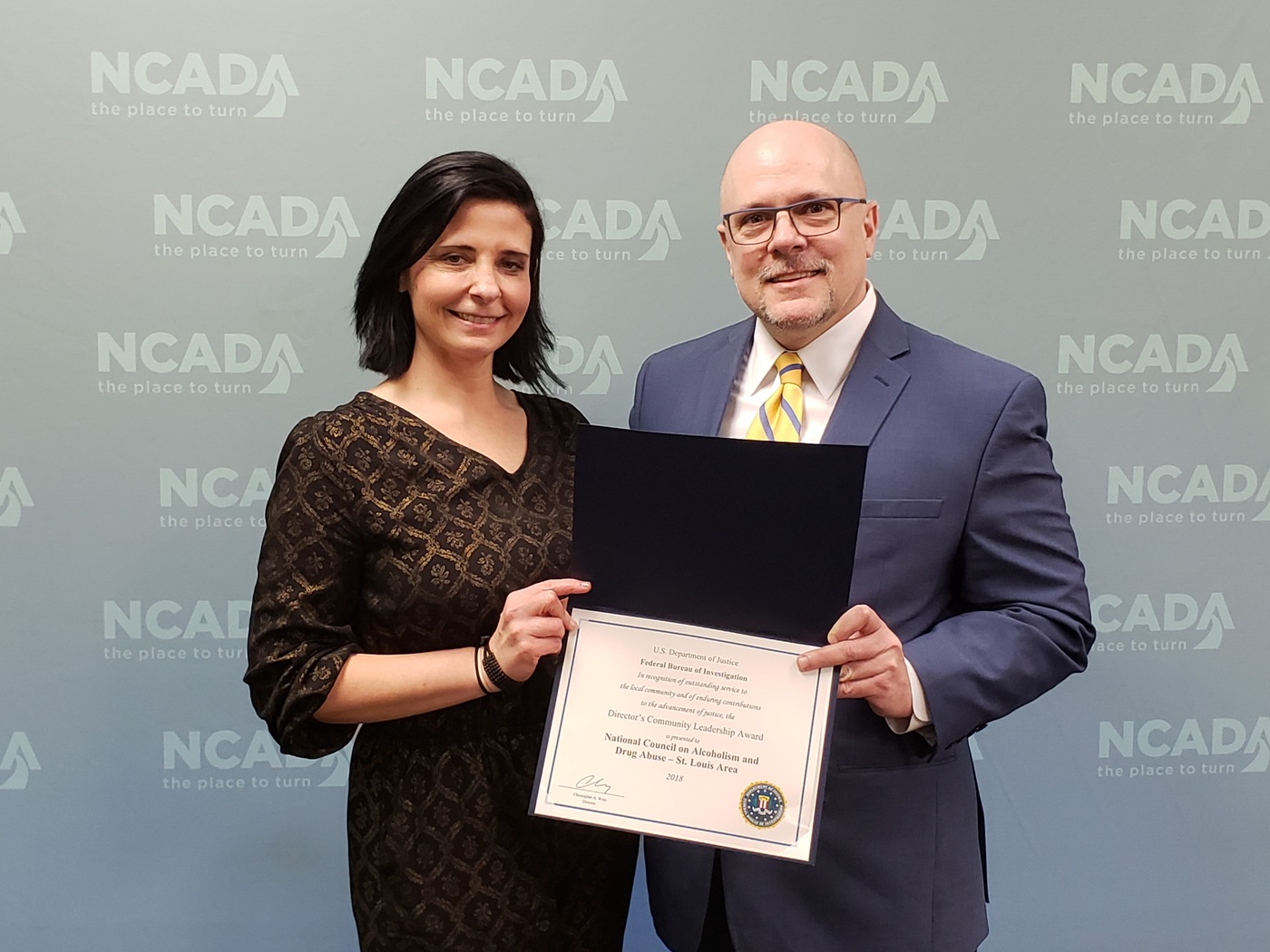