The Seattle Safe Streets Task Force now believes the Summertime Heat Robber may be responsible for three robberies in Issaquah:

Further investigation led the SSSTF to revise its consideration of a connection between the subject and the June 21 Des Moines robbery, while identifying two other robberies as possibly connected.

The subject hit the same bank three times in the last six months but at different times in the middle of the day.

Updated description: Witnesses describe the robber as a white male, between 5’8” and 5’10” tall, with thin, dark hair. During each robbery, he has worn black sunglasses and a baseball cap, which led investigators to give him a nickname that acknowledges the robber’s penchant for sun protection. He’s also worn different hooded sweatshirts and a scarf over his face in two robberies. The subject made physical threats and, on one occasion, implied that he had a weapon. At the July robbery, the he knocked over a security guard on the way out the bank. He should be considered armed and dangerous. 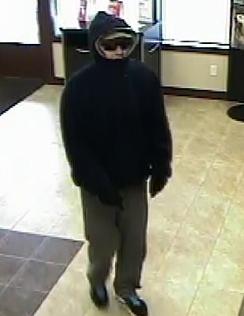 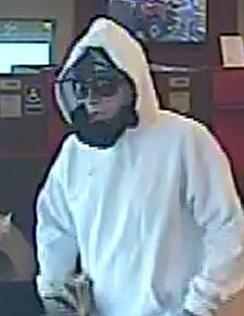 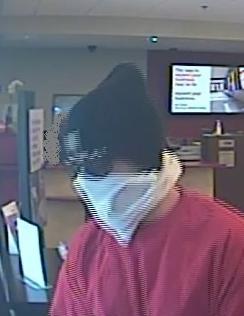 Anyone with information as to the identity or whereabouts of the suspected robber should refrain from approaching him and is urged to contact law enforcement immediately.

Anyone with information that can help identify this individual is asked to call Crime Stoppers at 1-800-222-TIPS (8477). Callers to Crime Stoppers may remain anonymous and are eligible to receive a cash reward of up to $1,000 if the information given leads to an arrest and charge of the person(s) involved. Callers may also contact task force officer Detective Steve Hoover at 425-452-7868.