Forty-four service members of the PRANG 156th Airlift Wing and Army were recognized by the FBI San Juan Field Office for their support during the deployments. The support of these service members were essential to the operations’ success.

The 156th Airlift Wing Commander Colonel Raymond Figueroa, Jr. and Vice Commander Colonel Humberto Pabon, Jr. hosted the ceremony at their installation. The certificates were handed over to the men and women of the 156th Airlift Wing by SAC Leff and ASAC Angel Catalan. During the ceremony, SAC Leff stated “the PRANG’s actions had a positive impact on the community, and ensured the safety of all the personnel involved, for which the FBI is grateful.” 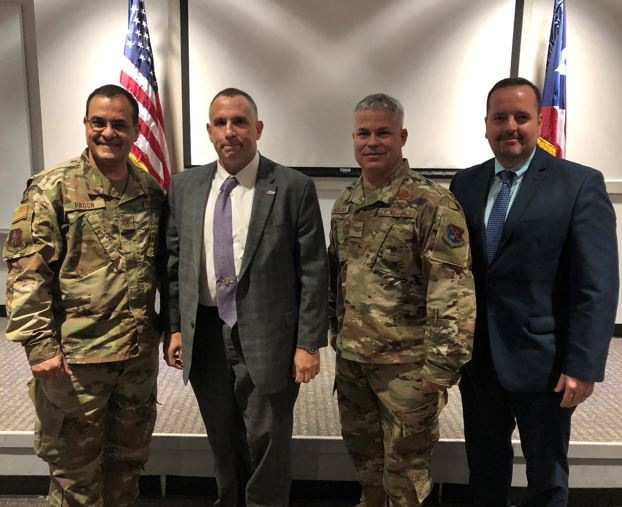