Thank you for inviting me here today. My name is Craig Fair, and I’m the special agent in charge of the FBI’s San Francisco Division. I’m here to talk about the critical work the FBI is doing to protect our Asian American and Pacific Islander communities in what has been an undeniably difficult and trying year.

Over the past year, the FBI has seen an increase in the number of reported hate incidents and hate crimes across the United States, in California, and right here in the Bay Area. Just like all of you, we are horrified by the acts of violence against members of the Asian American and Pacific Islander community. Hate crimes and hate incidents can strike a nerve through a whole community and have taken an emotional toll on the AAPI members of our own FBI family. I know that many people are afraid for their own personal safety, and for the safety of their friends, family, and neighbors. No one should be afraid to walk down the street or feel like they could be targeted by an act of violence based on how they look, where they’re from, or any part of their identity. Acts of hate and racism have no place here.

The FBI is the primary federal agency responsible for investigating violations of federal civil rights statutes. Hate crimes are one of the FBI’s highest priorities, and we are surging efforts to combat this threat. However, we also face unique challenges when it comes to investigating hate crimes. 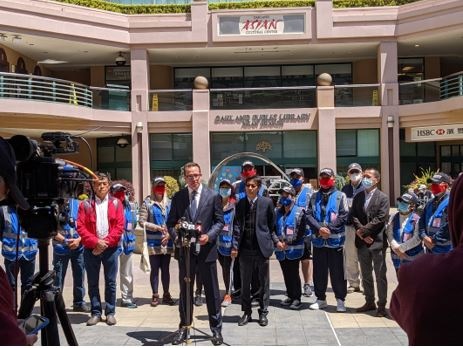 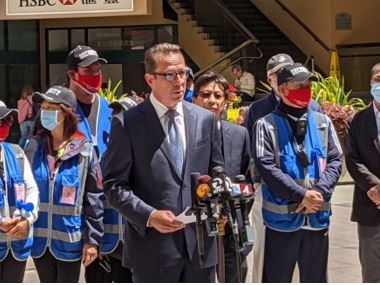 First, we believe that hate crimes are significantly underreported to law enforcement. We know that some people are afraid to come forward. They may have a fear or distrust of law enforcement, fear due to their immigration status, or a fear of retribution from their attacker. We understand that. But law enforcement can't investigate a crime if people are too afraid to come forward. I assure you that our primary goal is to protect victims, regardless of their immigration status or their country of origin.

Another challenge is that federal hate crimes are difficult to charge in court. Law enforcement may have evidence of the underlying crime, whether it be assault, arson, or even murder. However, hate crimes are some of the only crimes where law enforcement has to prove the motive in a court of law. In order to charge a federal hate crime, we have to prove the offender acted intentionally and willfully with bias. That can be difficult to prove. It’s often very critical that witnesses come forward to speak to law enforcement about what happened. It’s also helpful for members of the community to support each other, and encourage people to come forward if they have been the victim of a crime.

But these challenges do not stop the FBI from actively and thoroughly investigating hate crimes. We work closely with local law enforcement, like the Oakland Police Department, and both federal and local prosecutors. We work together to find the best plan of action, whether a violent offender is ultimately charged locally or in federal court. Our FBI agents have an excellent working relationship with OPD investigators and other police departments throughout the Bay Area. We regularly share information on reported hate crimes and we collaborate on investigations. Our ultimate goal is to protect victims, to help them get justice, to stop violent offenders from hurting people, and to deter people from committing these terrible crimes.

The FBI has been working closely with a number of partners in Oakland to combat and deter hate crimes. In particular, I want to highlight the efforts of OPD Chief LeRonne Armstrong, Carl Chan of the Oakland Chinatown Chamber of Commerce, Geoff Collins, the Asian Advisory Committee on Crime, the Neighborhood Crime Prevention Councils, and the Chinatown Volunteer Patrols.

FBI San Francisco has recently developed a new strategy to tackle this increase in reported hate crimes against the Asian American Pacific Islander community and to work proactively to try to stop these crimes from happening.

First, we are increasing our federal investigative activity. We have trained, experienced hate crime coordinators who are training additional agents on the complexities of civil rights and hate crime investigations. We have a team of analysts who are scrubbing reports of hate crimes to identify possible new cases for our agents to investigate.

Fourth, we have launched a major public awareness campaign to let people know that the FBI investigates hate crimes, and to tell people about our reporting process. People can report hate crimes, in whatever language they prefer, to the FBI via our website, tips.fbi.gov. FBI agents look at every tip that comes in, and we will work with local law enforcement to identify and investigate possible federal crimes. We are letting people know that we will protect them, regardless of their immigration status or their national origin. Hate crimes are a huge priority for the FBI, and we are surging resources to address this problem. 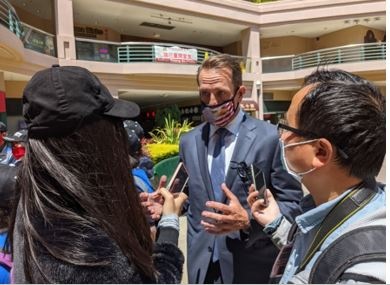 It’s absolutely critical for us to listen to the community, to hear your fears and concerns. This is our obligation. Law enforcement is a public service, and we have to be responsive to our communities. We are standing here today with you to make it clear, that hate crimes are not acceptable. We will not stand by and let people be attacked on our streets. Everyone deserves to feel safe in their community, and everyone deserves a voice. I’m here today to listen to your voice. Thank you for having me here with you today.