The FBI and SFPD Are Seeking Information on the Disappearance of Arianna Fitts, Five Years After Her Mother’s Death

Today marks the five-year anniversary of the recovery of Nicole Fitts’ remains, which were found in McLaren Park in south San Francisco on April 8, 2016. Nicole was the mother of then-two-year-old Arianna, who is still missing. The San Francisco Division of the Federal Bureau of Investigation (FBI) and the San Francisco Police Department (SFPD) are asking for the public’s assistance in finding Arianna.

“We want to take the opportunity today to assure the public, and those who knew Nicole and Arianna, that we will continue to investigate this matter as long as it takes to find out what happened. This is a tragic situation for everyone involved,” said FBI Special Agent in Charge Craig Fair. “We would also like to thank everyone in our community for all the help you’ve given us over the years and are asking for your continued assistance and support.”

Nicole Fitts was last seen on the night of April 1, 2016. Her remains were discovered nearly one week later, on April 8, 2016, in McLaren Park near the intersection of Woolsey Street and University Street. Arianna Fitts was reported missing from the San Francisco area on April 5, 2016. She was last seen in Oakland in February of 2016. The FBI believes Arianna was not with her mother when Nicole was killed.

The FBI continues to support SFPD in this active investigation, and has deployed numerous federal resources with expertise in missing child investigations, including the FBI’s Child Abduction Rapid Deployment Team (CARD) and the FBI’s Behavioral Analysis Unit (BAU).

The FBI and SFPD want to speak to everyone who interacted with Nicole leading up to her disappearance. Try to remember every detail you can, no matter how insignificant you think it may be. If you remember something, please contact us even if you previously talked with us. As we have continued to collect information, analyze forensic evidence, and have developed new leads, SFPD and the FBI will be reaching out to people again in the coming months.

SFPD has authorized a $100,000 reward for information leading to the identification, arrest and conviction of the person(s) responsible for the murder of Nicole and the disappearance of Arianna. The FBI has no involvement in the administration of these rewards or any of their governing terms or conditions.

If you have any information on Arianna’s whereabouts or the homicide of Nicole, please contact the FBI San Francisco Division at 415-553-7400 or tips.fbi.gov. Tips can remain anonymous. You can also contact the San Francisco Police Department’s Anonymous Tip Line at 415-575-4444, or Text a Tip to TIP411 and begin the text message with SFPD, which guarantees the callers’ anonymity. 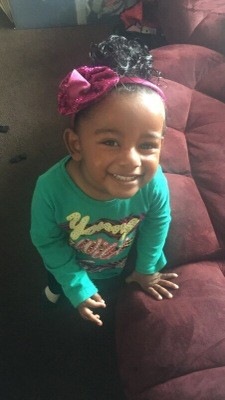