OAKLAND—Today, October 26, 2017 at 1:30 p.m., the Oakland Police Department (OPD) and the San Francisco Division of the Federal Bureau of Investigation (FBI) announced that the 2015 homicide case involving Emiliano Nevarez has been solved.

The case investigator, Oakland Police Sergeant Eric Milina and FBI Special Agent in Charge John Bennett told a room full of reporters that witnesses, coupled with video surveillance, and the media’s assistance were all factors that led to the identification of the suspect who was identified as 22-year-old Dejour Jamerson.

This case was thoroughly investigated and the suspect responsible was identified. Investigators presented the case to the Alameda County District Attorney’s office for review. The district attorney found Dejour Jamerson as the responsible person in connection with the homicide of Emiliano Nevarez.

Jamerson died in a vehicle collision in Placer County on November 11, 2016.

“This senseless shooting ended the life of a young man who was not the intended target," said Sergeant Milina, who is the case investigator. "This is a reminder to all of us that community involvement and technology partnerships with law enforcement agencies can help solve cases and bring some closure to the families and the community."

Special Agent in Charge John Bennett talked about partnerships, resource sharing, and how the FBI’s work does not stop here. His team will continue to assist the Oakland community with unsolved cases. “Through our Oakland Homicide Task Force, FBI agents, and OPD investigators, we used our combined resources to identify Emiliano Nevarez’s killer,” Bennett said. “We are here today to reassure you that we will not let murders go unsolved, no matter how much time has passed.”

BACKGROUND: On Saturday, April 5, 2015 at approximately 1:16 a.m., Emiliano Nevarez, 26, was the unintended victim of a shooting in the 400 block of 14th Street. Nevarez, a Berkeley resident, had just finished a musical performance and was packing up his equipment when he was fatally shot.

*For media inquiries, please contact the Oakland Police Department at (510) 238-7230 or OPDMEdia@oaklandnet.com or the FBI San Francisco Media Office at media.sf@fbi.gov* 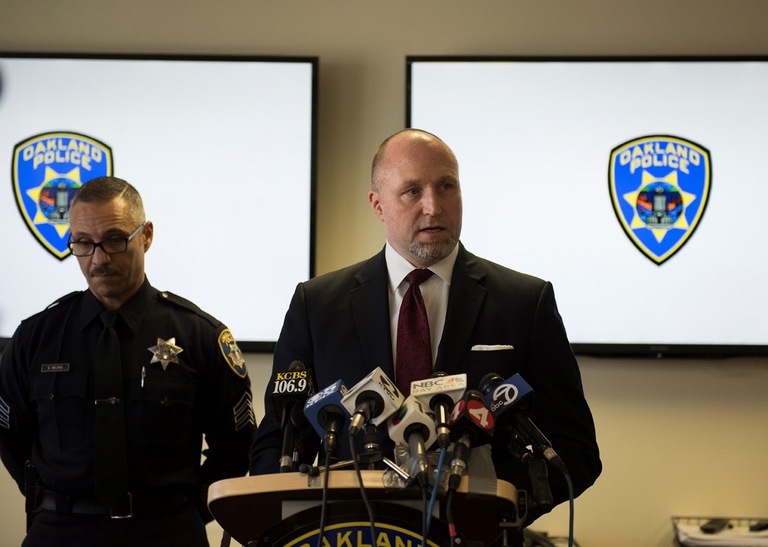 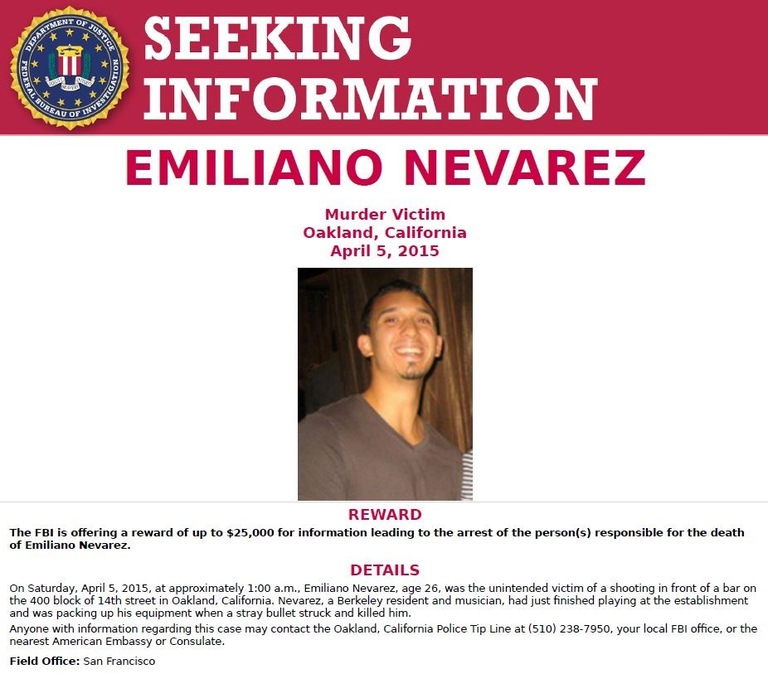