Man Charged with Sexual Assault of Minors in California

Man Charged with Sexual Assault of Minors in California

The FBI and the Carlsbad (California) Police Department are asking for the public’s help in identifying potential victims—including individuals younger than 18 years of age—who were sexually assaulted and/or given or administered narcotics by Michael Frederick Fangman. 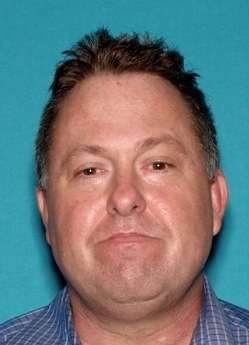 Michael Frederick Fangman—also known as Michael Fangman—age 47, has allegedly been engaging in these criminal acts since 2009 and continuing through his arrest date in Carlsbad, California, on June 7, 2019. Law enforcement believes there are victims from multiple cities across the United States.

At the time of his arrest by the Carlsbad Police Department, Fangman was living in Southern California. He currently faces 28 felony charges filed by state prosecutors in San Diego County related to that arrest, including child sexual assault and furnishing a controlled substance to a minor. The alleged victims ages range from 16-22. Fangman remains in custody in San Diego, California.

If you have information about this ongoing investigation or believe you or someone you know may have been victimized by Michael Fangman, the FBI requests that you complete the secure, confidential online questionnaire found at fbi.gov/MichaelFangman.

Identified victims may be eligible for certain services and rights under federal and/or state law. More information is available at fbi.gov/MichaelFangman.

An indictment is only an accusation of a crime, and all defendants should be presumed innocent until proven guilty.