The FBI Violent Crimes Task Force that includes the San Diego Police Department and San Diego Sheriff’s Department are seeking the public’s assistance to identify the “Hipster Bandit.” The Hipster Bandit is believed to be responsible for three bank robberies dating back to Thursday, July 2, 2015. The latest robbery occurred on Monday, November 2, 2015, with the robbery of the Wells Fargo Bank, located inside the Vons grocery store at 10675 Scripps Poway Parkway in San Diego, California.

During the September 25, 2015, bank robbery of the U.S. Bank branch located inside the Albertsons grocery store at 1133 South Mission Road in Fallbrook, California, the Hipster Bandit approached the victim teller and feigned to be conducting a legitimate banking transaction by verbally asking the teller for help while handing the teller a demand note for cash. The note stated that he was there to rob the teller and demanded specific denominations. The teller provided the robber with a sum of money, which the robber collected in his hands and then walked towards the main entrance/exit of the grocery store.

The Hipster Bandit is also believed to be responsible for robbing the U.S. Bank branch located inside the Albertsons grocery store at 8920 Fletcher Parkway in La Mesa, California, on Thursday, July 2, 2015, at approximately 10:07 a.m. During this robbery, the robber sat down at desk in front of the teller’s desk and asked if the teller could help him. The robber then slid a white envelope with writing on it demanding cash. The note also provided instructions on how to package the money. The teller complied with his demand and provided him with a sum of money. No injuries have been reported in any of the robberies at this time. 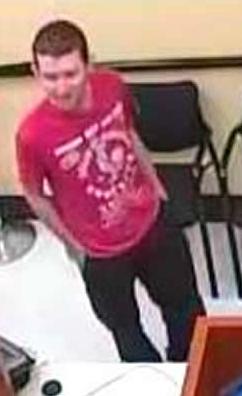 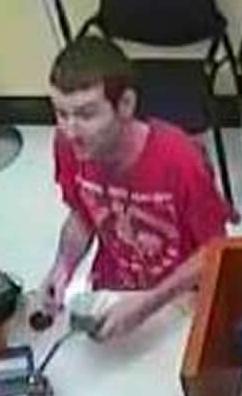 Anyone with information concerning the Hipster Bandit is asked to contact the FBI at telephone number (858) 320-1800 (option 2) or Crime Stoppers at (888) 580-8477. You may remain anonymous and may be eligible for a reward up to $1,000. To view more photographs of the Hipster Bandit and other wanted bank robbers, please go to https://bankrobbers.fbi.gov.