On Saturday, October 3, 2015, at approximately 1:55 p.m. the Chase Bank, located at 5605 La Jolla Boulevard, San Diego, California was robbed by an unknown male (hereinafter referred to as the bank robber). 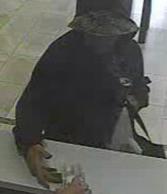