The FBI can only conduct investigations and protect the American people from crime and acts of extremism if it has the support and understanding of the American people. That’s why the special agents-in-charge of each of our 56 field offices work so closely with their communities and community organizations. What happens when these special agents-in-charge get such tremendous support from people in their communities that they want to specially recognize them? They nominate them for a Director’s Community Leadership Award (DCLA). This special award, presented on behalf of the Director of the FBI, was formally created in 1990 as a way to honor individuals and organizations for their efforts in combating crime, terrorism, drugs, and violence in America.

Sandy Moul was selected by SAC Brown for her dedicated volunteer public service in the field of Critical Infrastructure and Key Resource (CIKR) protection to enhance San Diego and Imperial County’s security posture and emergency preparedness, primarily through her service as the InfraGard San Diego, Chapter President.

Through a combination of educational programs, training, and information-sharing initiatives, Ms. Moul’s work at Infragard has significantly increased security in San Diego particularly regarding threats, ranging from crime and terrorism to cyberattacks, natural disasters, and public health issues.

Ms. Moul considers San Diego security from every angle. For example, she developed the most robust InfraGard Education Sector in the United States. The group, guided by Ms. Moul, provided no less than five major training events and one practical exercise in the past year covering threats, security issues, and resilience strategies across both higher education (college and universities) and K-12 schools. Ms. Moul also led Infragard through collaboration with the City of San Diego and the University of San Diego (UCSD) to develop the first ever accredited “Cyber Security for Executives” course. This program is expected to be expanded and released to a nationwide audience in 2019.

Using her communication and marketing skills, Ms. Moul founded the “The Executive Journal of San Diego,” InfraGard San Diego’s quarterly magazine. Ms. Moul developed the magazine as a communications tool to increase knowledge and information sharing in order to prevent criminal acts. This digitally distributed magazine is another venue that Ms. Moul has pioneered to educate our citizens regarding security and currently reaches thousands of Infragard members nationwide.

Based on her leadership, dedication, and exceptional impact on the safety and security of the citizens of San Diego, SAC John Brown honors Sandy Moul as the 11th Annual FBI Director’s Community Leadership Award recipient and thanks her for the significant contributions and service provided to the San Diego community. Ms. Moul will join DCLA recipients selected by other FBI field offices across the nation at an awards ceremony to be held in Washington, D.C., on May 3, 2019, where they will be personally recognized and be honored by FBI Director Christopher Wray. 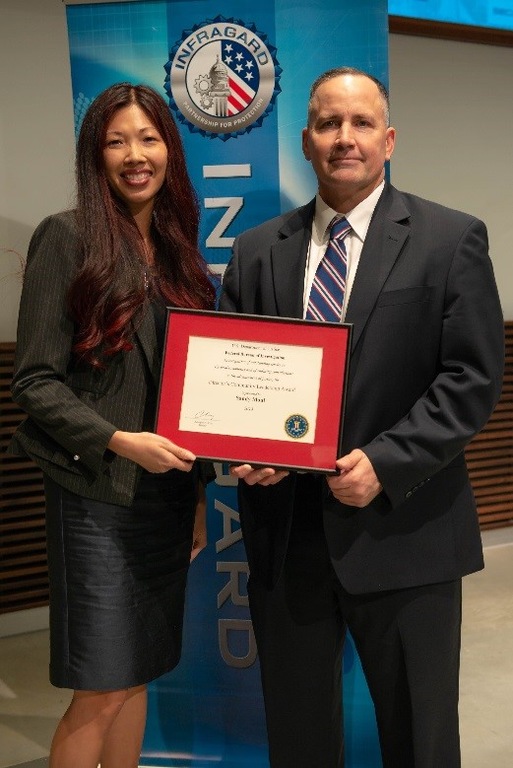