SAN DIEGO—The FBI is engaged in a nationwide effort to build public awareness of hate crimes and to encourage reporting to law enforcement. The San Diego FBI is running advertisements in multiple languages in key areas to reach a variety of communities with diverse populations.

The FBI is the lead investigative agency for criminal violations of federal civil rights statutes. The Bureau works closely with its law enforcement partners in many of these cases, even when federal charges are not pursued. The FBI also works to detect and prevent incidents through law enforcement training, public outreach, and partnerships with community groups.

The FBI defines a hate crime as a “criminal offense against a person or property motivated in whole or in part by an offender’s bias against a race, religion, disability, sexual orientation, ethnicity, gender, or gender identity.”

“All too often hate crimes go unreported to law enforcement and our hope with this campaign is to raise awareness of the importance of reporting these types of crimes,” said FBI Special Agent in Charge Suzanne Turner. “Hate crimes are meant to strike fear in an entire community and by not reporting them, we are giving in to that fear. The FBI, along with our local, state, and federal partners, will thoroughly investigate all allegations of hate crimes and pursue all available charges.”

Advertising has already begun in some areas around San Diego. The below graphics can be found on San Diego Metropolitan Transit System (MTS) buses and at MTS transit shelters. We have also included the ads on our social media platforms.

The San Diego FBI has also begun advertising in local publications to include print and digital newsletters and on Facebook in partnership with local organizations. Ads will run in English, Spanish, traditional Chinese, Japanese, Korean, Indonesian, Tagalog, and Arabic.

“Acts of hatred and violence have no place in our community,” said Acting U.S. Attorney Randy Grossman. “We remain steadfast in our commitment to support survivors and obtain justice for them, and to partner with the community to prevent such crimes. We join the FBI in encouraging everyone to participate in the fight against hate and intolerance by reporting hate-related incidents to law enforcement.”

The FBI works to protect all victims of crimes, regardless of their country of national origin or immigration status. The FBI encourages victims and witnesses of any hate-related incident to report it to law enforcement. After a report is submitted, the FBI will work with its law enforcement partners and use its resources and expertise to determine if an incident meets the criminal standard.

The most recent hate crime statistics released by the FBI can be found here: https://www.fbi.gov/news/pressrel/press-releases/fbi-releases-2020-hate-crime-statistics

If you believe you are a victim or a witness of a hate crime, we encourage you to report it to the FBI by calling 1-800-CALL-FBI or submitting a tip at tips.fbi.gov. You may remain anonymous and make reports in your native language. 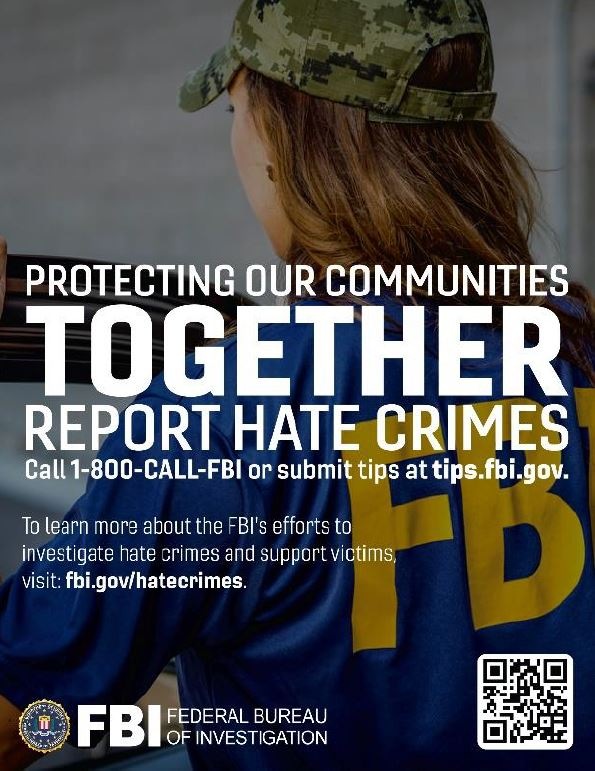 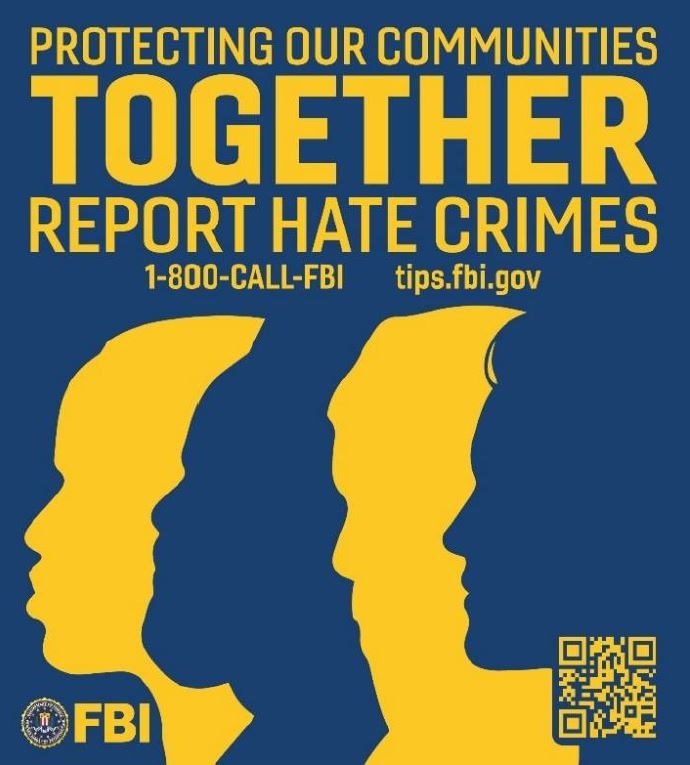