The FBI and San Diego Police Department are seeking the public’s assistance to identify the unknown male (hereinafter referred to as the robber) responsible for robbing the U.S. Bank branch located inside of the Von’s grocery store at 6155 El Cajon Blvd. in San Diego, California, on Wednesday, May 7, 2014.

On Wednesday, May 7, 2014, at approximately 11:05 a.m., the U.S. Bank branch located inside of the Von’s grocery store at 6155 El Cajon Blvd. in San Diego, California, was robbed by an unknown male using a demand note. The note threatened the robber was armed with a weapon and a bomb. After receiving a sum of money, the robber exited the store and was last seen walking east toward a parking lot on 62nd street. No weapon was displayed and no injuries reported.

Prior to the U.S. Bank robbery, the robber was observed exiting the front passenger seat of a four door sedan with California license plates parked in the vicinity of 60th and El Cajon Boulevard. The driver of this vehicle was described as a white male in his late 60’s with short gray hair and a clean-shaven narrow face. The driver wore a blue jean jacket over a white T-shirt and a light colored baseball cap.

Bank surveillance photographs from the U.S. Bank, located inside of the Von’s grocery store, 6155 El Cajon Blvd., San Diego, California, on Wednesday, May 7, 2014: 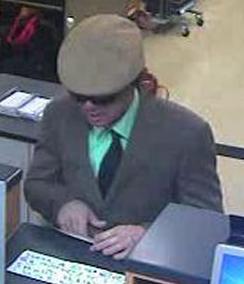 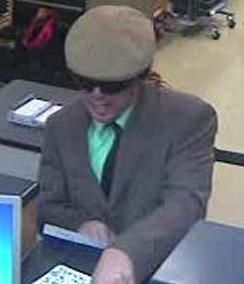 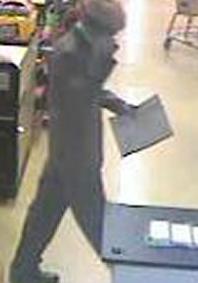 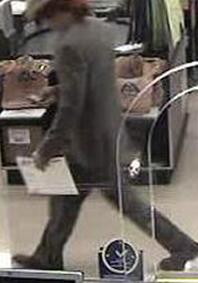 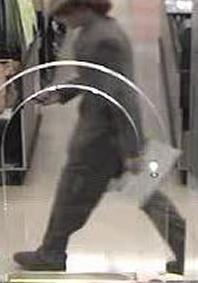 Bank surveillance photographs from the Citibank, located at 5998 El Cajon Blvd., San Diego, California, on Wednesday, May 7, 2014. This bank was not robbed.