On Wednesday, September 15, 2015, at approximately 4:58 p.m. the Mission Federal Credit Union, located at 269 West Washington, San Diego, California, was robbed by an unknown male (hereinafter referred to as the robber). 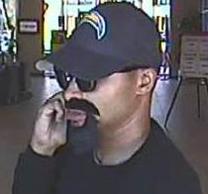 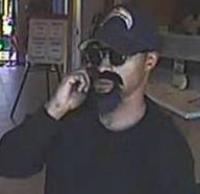 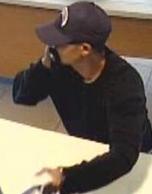 Anyone with information concerning this robbery is asked to contact the FBI at telephone number (858) 320-1800 (option 2) or Crime Stoppers at (888) 580-8477. You may remain anonymous and may be eligible for a reward up to $1,000. You may view this video by visiting https://bankrobbers.fbi.gov and searching San Diego bank robbers.