A serial bank robber known as the El Chapparito Bandit is believed to have robbed his 15th bank today.

At the time of the robbery, the unknown male, believed to be identical to the robber known as the El Chapparito Bandit, entered the bank yelling, “Hands up everyone.” The robber simulated a weapon under his shirt with his thumb and forefinger as he continued to yell at bank employees and customers. The robber went to one teller who was in the middle of helping a bank customer. The robber then went to the teller next to the first teller and demanded money. After receiving a sum of money from the second teller, the robber went back to the first teller and collected an additional sum of money. The robber placed the money into a bag he brought with him to the bank. After receiving money from both tellers the robber walked out of the bank. No weapon was observed and no injuries reported. 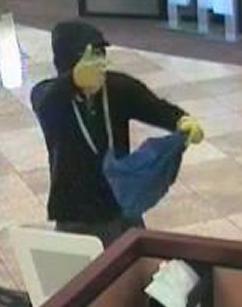 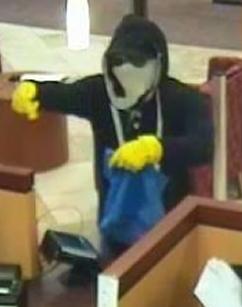 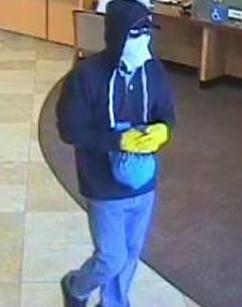 Anyone with information concerning this robbery or the El Chapparito Bandit is asked to contact the FBI at telephone number (858) 320-1800 or Crime Stoppers at (888) 580-8477. You may remain anonymous by calling the FBI or Crime Stoppers.