On Friday, April 20, as FBI Director Christopher A. Wray held the annual Director’s Community Leadership Award ceremony in Washington, D.C. to honor the outstanding contributions of community leaders and organizations, Henderson accepted the award on behalf of the nonprofit. He was joined by approximately 55 other recipients from around the country.

Since 1990, the FBI, through its Community Outreach Program, has recognized the achievements of individuals or organizations for their supportive efforts in the areas of terrorism, crime, cyber, drug, gang, or violence prevention, and education by presenting the FBI Director’s Community Leadership Award. Each year, the special agent in charge of each FBI field office selects an individual or organization that has made a significant contribution to their communities in these areas.

Today, the FBI is honoring Group Violence Intervention for its success in producing positive, measurable outcomes. Through the work of Miles and Henderson and their nonprofit, the number of murders and assaults decreased in 2017 in the neighborhoods where it was active. Additionally, the two men held neighborhood clean-ups, provided career counseling to community members and helped them secure employment, and worked as a liaison between the community and law enforcement to build bridges and partnership.

The San Antonio Division is honored to recognize Group Violence Intervention as its recipient for the 2017 FBI Director’s Community Leadership Award. 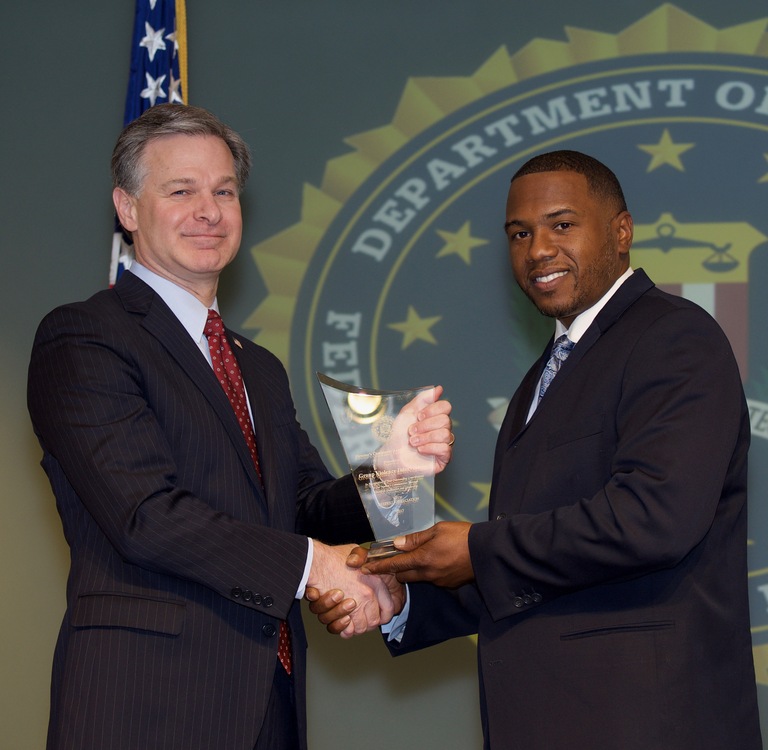