LAREDO, TX—The Federal Bureau of Investigation San Antonio Division, Laredo Resident Agency Office, is seeking information from the public about a missing Laredo teenager and two individuals who may have information about the teenager’s disappearance.

Jose De Luna, 17, was last seen on September 22, 2018, leaving Laredo, Texas, crossing into Nuevo Laredo, Tamaulipas, Mexico, on foot. He was wearing red shorts and a black shirt. Family members became concerned about De Luna after he failed to return home and did not answer his cell phone.

De Luna is 5’6” in height, approximately 140 pounds and has short, black hair and brown eyes. He is a student at Nixon High School in Laredo, Texas.

The FBI is also seeking information about Yoshio Yammil Ordaz Garcia (Ordaz), 33, and Joshua “Jay” Hernandez, 19, both of Laredo, Texas. Investigation indicates Ordaz and Hernandez may have information about De Luna’s disappearance.

Ordaz is approximately 5’6” in height, approximately 180 pounds and has short, black hair and brown eyes. He is a Mexican citizen who lives and works as a mechanic in Laredo, Texas. Ordaz may be driving a black 2008 Chrysler 300 or a purple 2005 Jeep Liberty.

Hernandez is approximately 5’11” in height, approximately 170 pounds and has short, black hair and brown eyes. He has a tattoo on his right leg which says “Genaro.”

The public is urged to call FBI San Antonio Division at 210-225-6741 with any information. Tips can also be submitted online at https://tips.fbi.gov. Individuals who provide information may remain anonymous. 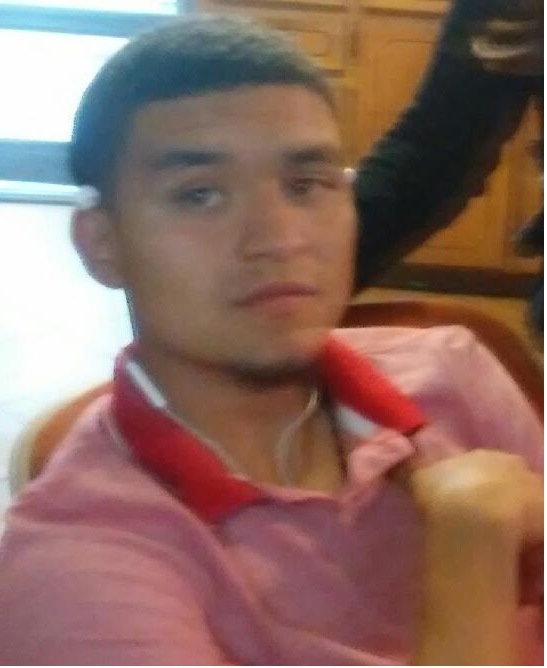 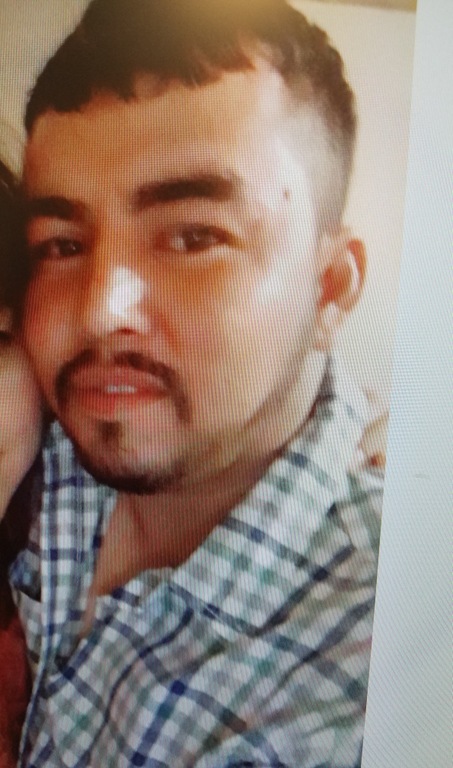 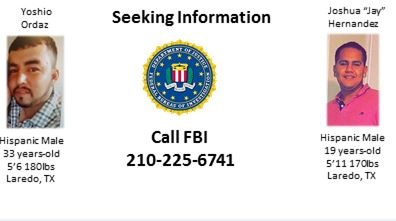 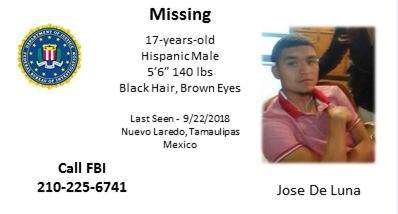