Investigators assigned to the FBI Richmond Division’s Central Virginia Violent Crimes Task Force are offering a reward of up to $10,000 for information that leads to the arrest and conviction of the person(s) responsible for the murder of Mr. Ronald Anthony Holder in October of 2016.

On October 14, 2016, officers with the City of Richmond Police Department responded to the Dollar General Store located in the 3900 block of Walmsley Boulevard in Richmond for a report of an injured person in a vehicle. Officers arrived on scene and located the victim, Mr. Ronald Anthony Holder, deceased from apparent gunshot wounds.

Investigation has revealed that Mr. Holder arrived at the Dollar General Store in the early morning hours of October 14, 2016, parked his vehicle, and entered the store through the front entrance. While inside the store, Mr. Holder gathered the overnight cash deposits and placed them inside of a gray and black soft-sided cooler. Mr. Holder exited the business roughly 15 minutes later, and prepared to depart the premises in his vehicle; at which time an unknown subject is observed, on-camera in the parking lot, and fires multiple rounds at the victim. The unknown subject initially flees, then returns and opens the door to the victim’s vehicle. The gray and black soft-sided cooler was not located at the scene upon the officer’s arrival.

This case is being investigated by members of the task force, along with the City of Richmond Police Department as part of a Cold Case Initiative. Please contact the Richmond Division of the FBI at 804-261-1044 or tips.fbi.gov with information that may lead to the identification of the person(s) responsible.

A seeking information poster has been created and posted to the FBI’s website. 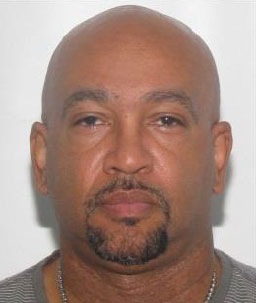