FBI Richmond is offering a reward of up to $10,000 for information leading to the identification, arrest, and conviction of the individual(s) responsible for the homicide of 3-year old Sharmar Hill, Jr.

On February 1, 2020, a shooting occurred in the 1700 block of Southlawn Avenue in Richmond, which resulted in the death of 3-year old Sharmar Hill, Jr. Sharmar and his sister had been playing in their yard when the gunfire erupted. After Sharmar was struck, his sibling carried him inside. Sharmar later died of his injuries at a local hospital. A vehicle was seen leaving the area of the homicide that matched the description of the vehicle from the January 31, 2020, carjacking.

An FBI Seeking Information poster has been created and published on the FBI’s main webpage.

FBI Richmond’s Central Virginia Violent Crimes Task Force is assisting the City of Richmond Police Department with this investigation. Please contact the Richmond Division of the FBI at 804-261-1044 or Tips.FBI.gov, or the City of Richmond Police Department at 804-646-3929 with information that leads investigators to the individual(s) responsible for these crimes. 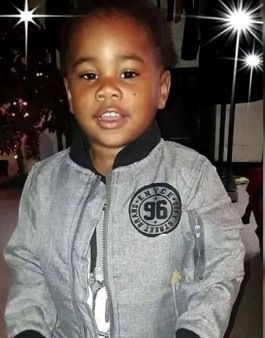