Detective West is a 20-year veteran of the HCPD and has served as an instrumental member of the Richmond Field Office’s Joint Terrorism Task Force (JTTF) since 2018. Detective West has played a pivotal role in identifying subjects and conducting investigations that result in significant and impactful arrests; and is being recognized for his unparalleled work ethic, enthusiasm, and leadership within the JTTF.

“Task Force Officer West understands the value of partnerships and the success that can be achieved when we work together,” said SAC Meador. “He is considered a leader within the Richmond JTTF and we are pleased to recognize him with the Task Force Officer of the Year Award.”

FBI Richmond has awarded six Task Force Officer of the Year Awards since its inception in 2017. 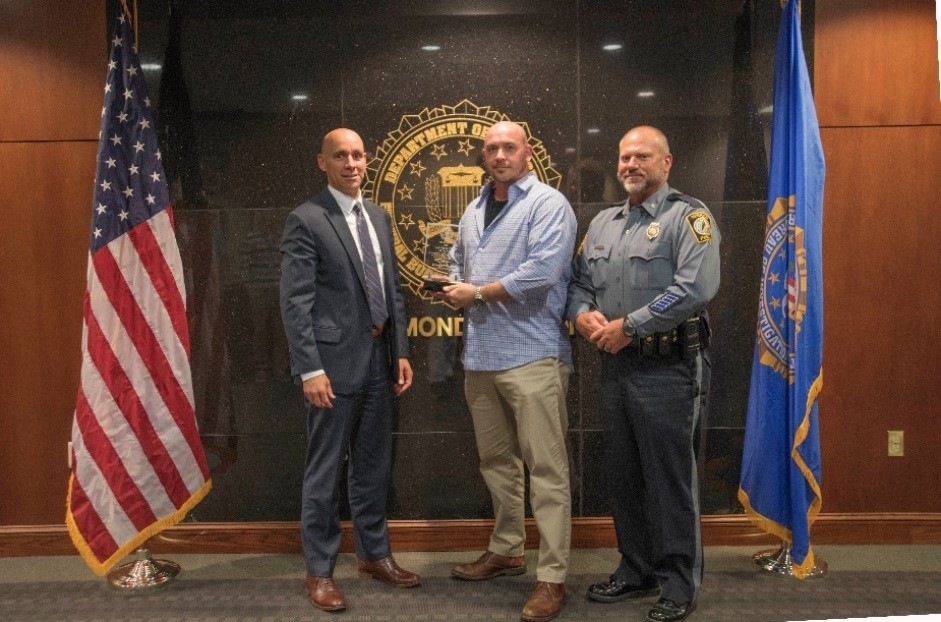