FBI Richmond’s Central Virginia Violent Crimes Task Force continues to offer a reward of up to $20,000 for information leading to the conviction of the person responsible for the 2016 robbery of the Econo-Lodge Motel in the 2300 block of Indian Hill Road in Chesterfield, Virginia, that resulted in the murder of Mr. Jerry V. Colyer.

While working the evening of September 29, 2016, Mr. Colyer was approached by an armed black male subject demanding money. After complying with the subject’s demands, Mr. Colyer was shot at point blank range and died as a result of injuries sustained.

The subject was described as a thin black male; wearing jeans, a maroon long-sleeved hooded sweatshirt, a red brimmed ball cap, and dark colored shoes. At the time of the robbery and murder, the subject had what appeared to be a white bandage around his right hand.

An FBI Seeking Information poster has been updated to include the (first) photo above and reflect new contact information for law enforcement. Individuals with information that may assist agents and detectives regarding this investigation are asked to call the FBI at 804/261-1044 or the Chesterfield County Police Department’s Unsolved Major Investigations Group at 804/717-6024. 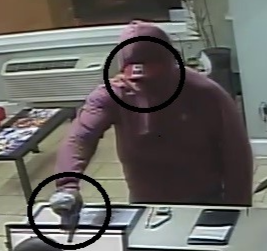 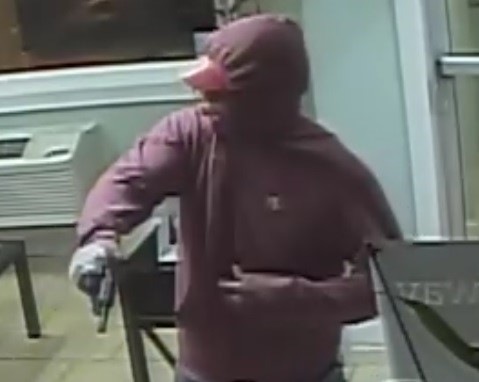