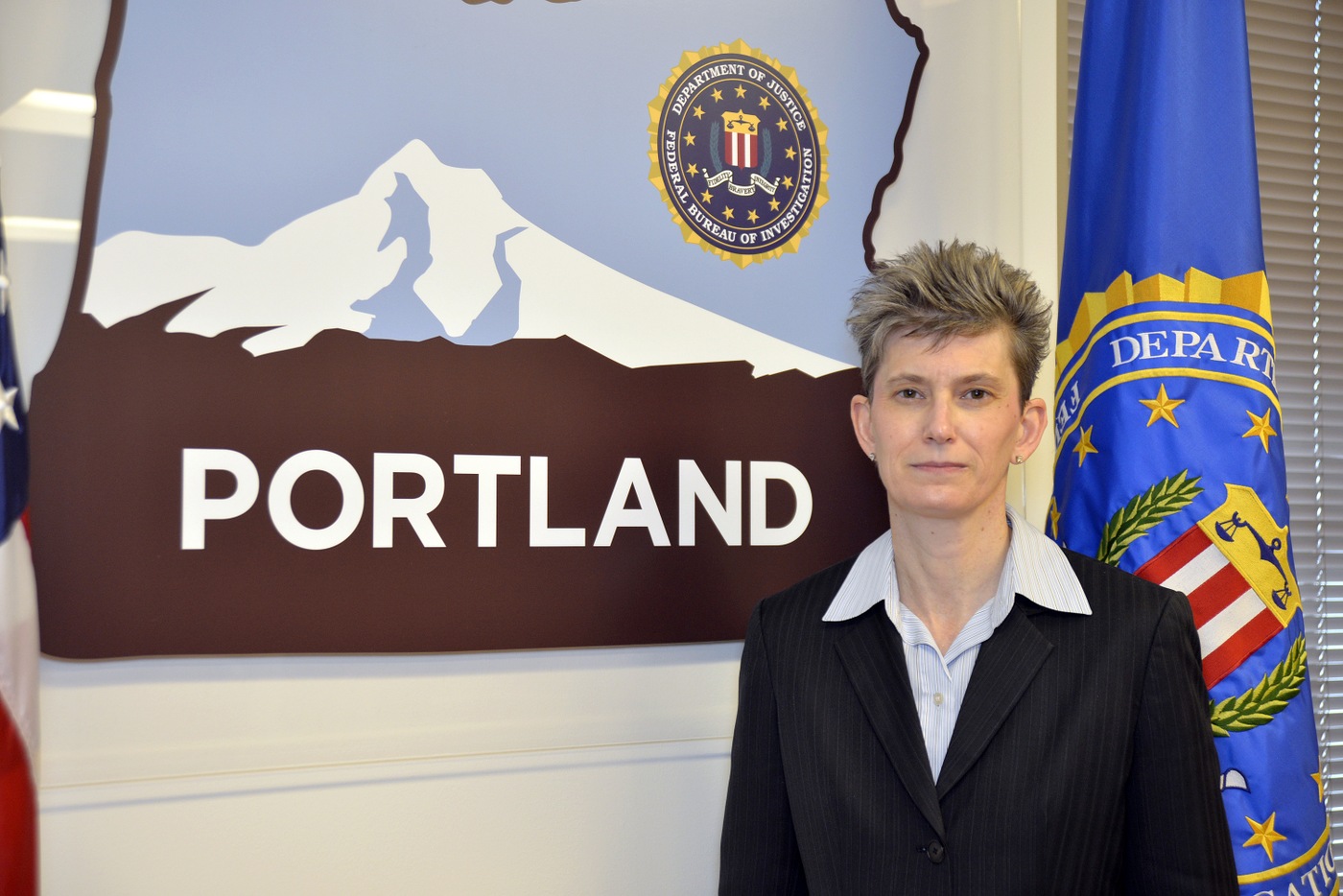 To mark Women’s History Month, the FBI in Oregon is recognizing an amazing leader who has spent her career serving the American people. Assistant Special Agent in Charge (ASAC) Eliza Odom oversees the field office’s intelligence and administrative branch.

ASAC Odom joined the FBI in 2004, starting in the FBI’s New York Field Office. Over the course of her career, she has also served in the Cincinnati Field Office and at FBI Headquarters in Washington, D.C.. Her previous postings have included time in the FBI’s Office of Congressional Affairs, the Inspection Division, and the Counterintelligence Division. The FBI promoted her to ASAC, and she arrived in Portland in 2020.

During her tenure in New York, ASAC Odom served as an arrest team leader during Operation Ghost Stories, a landmark counterintelligence investigation dismantling a network of Russian spies operating in the United States.

In 2017, the FBI promoted ASAC Odom to a unit chief position in the Counterproliferation Center at FBI Headquarters, where she was responsible for leading a unit charged with protecting sensitive U.S. technology and proprietary information and managing investigations into their illicit acquisition by a foreign adversary.

ASAC Odom earned a Bachelor of Science degree in management from the United States Military Academy at West Point and an MBA from The Ohio State University.

Before joining the FBI, Ms. Odom served on active duty as a U.S. Army officer, where she served a tour of duty in Iraq in 2003 as part of Operation Iraqi Freedom, earning a Bronze Star Medal. Ms. Odom retired from the Army Reserve in 2018 at the rank of lieutenant colonel.

She also previously served as a supervisor for the Pillsbury Company and as a production planner and business analyst for the Stryker Corporation.

Why did you choose to apply to the FBI?

I was looking for a challenging career where I would be performing public service and contributing to the nation. There are some aspects of the FBI that are similar to the military. The work seemed challenging and required both mental and physical toughness and the ability to think critically to solve complex problems.

What has been your most impactful case?

I had a case in New York that resulted in the removal of a diplomatic official who posed a significant threat to national security. I devised an interdiction operation which prompted the foreign government to send the diplomat home earlier than planned, leaving their resources depleted. This was one of my first cases in the FBI.

What’s the best part of working in the FBI?

I find it very rewarding to play a role in protecting our national security and take criminals off the street. I really enjoy the challenges involved in doing this kind of work and collaborating with other Bureau employees and partners at other agencies. I like interacting with the public and being able to do something different each day.

What would you say to a young woman who is considering applying to the FBI?

I recently was talking to a woman who is in the process being hired as a special agent. She is a teacher and was a little intimidated by the backgrounds of other applicants. I told her to be confident in herself because she was more than qualified to be a special agent. As a teacher, she mentors others and has to communicate effectively and think critically. Those are valuable skills needed to be an effective agent.

The FBI needs people who have grit and tenacity and want to serve the communities in which we live. I personally find the work to be very rewarding and would recommend any female interested in working for the FBI as a special agent, or in another capacity, to go for it. We are only limited by what we are willing to try to do!