The FBI Violent Crimes Task Force continues to seek the public’s assistance to help identify the “Back Again Bandit”, who is now suspected of robbing 13 banks since December 30, 2020. The most recent bank robbery occurred on Saturday, August 14, 2021. The robberies took place throughout the Phoenix, Arizona valley (see attached map).

During each of the robberies, the subject approached a teller and presented a demand note. No one was injured.

Photos of the suspect and details of the bank robberies can be found here (click on photos to enlarge): https://bankrobbers.fbi.gov/robbers-container/2021-01-04.5859034353

Anyone with information regarding the identity of the suspect should contact the FBI Phoenix Field Office at 623-466-1999, or submit a tip online at tips.fbi.gov. You may also contact Silent Witness at 480-WITNESS (480-948-6377). 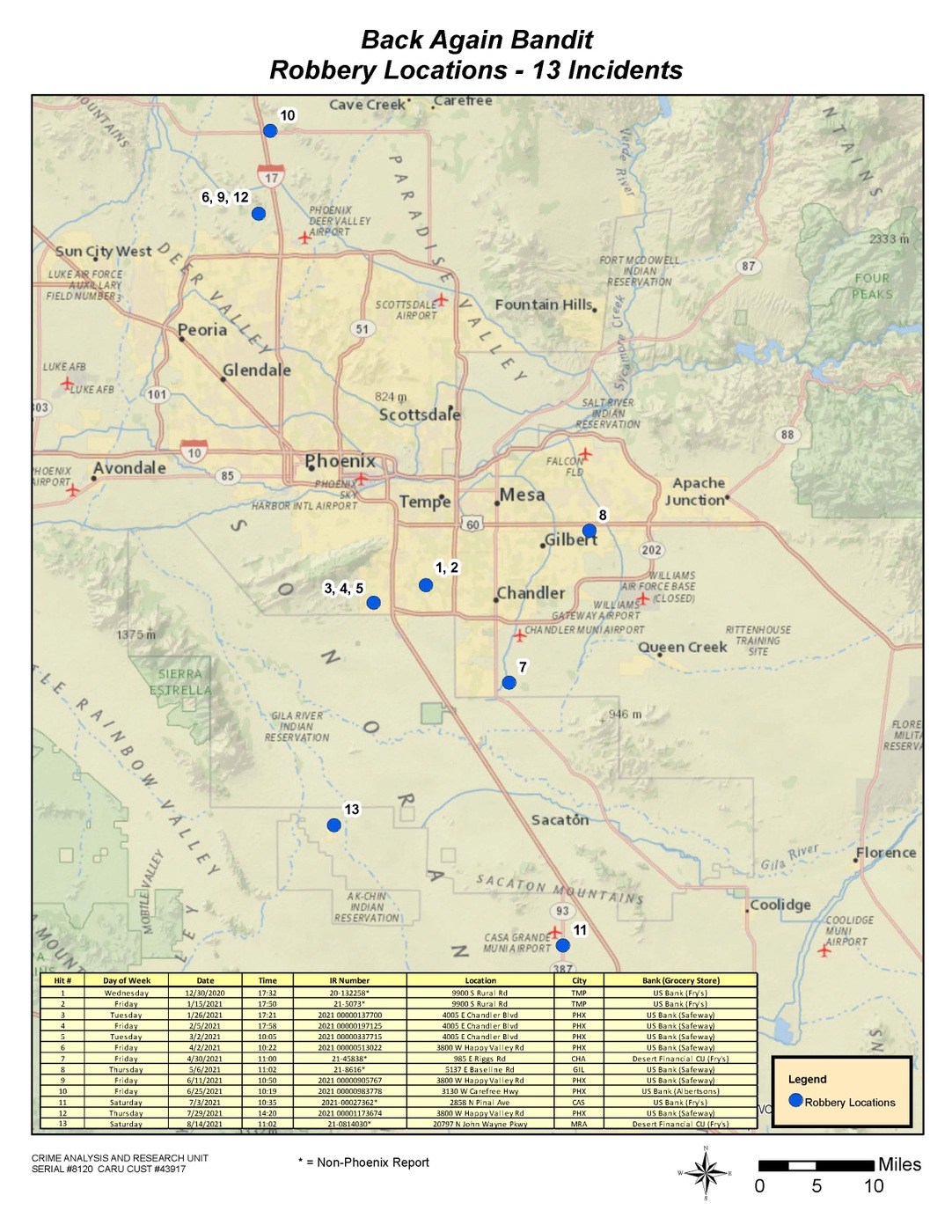