The FBI is offering a reward of up to $10,000 for information leading to the arrest and conviction of the unknown individual or individuals responsible for a drive-by shooting targeting an FBI Task Force Officer.

The Federal Bureau of Investigation’s Phoenix Field Office is seeking the public’s assistance to identify the unknown individual or individuals responsible for a drive-by shooting. On Friday, April 23, 2021, at approximately 2:10 p.m., an FBI Task Force Officer was driving near 20th Street / Wier Avenue (between Broadway Road / Roeser) in Phoenix, Arizona, when unknown subjects fired several shots at the Task Force Officer’s vehicle. The officer was not injured.

Approximately 10 minutes prior to the shooting, the three men in the attached photos were observed entering the suspect vehicle which is also pictured (2003 Hyundai Sonata, white in color). Investigators are seeking any information regarding this incident. If you have any information concerning the shooting or the individuals in the photos, please contact the FBI Phoenix Field Office at 623-466-1999. Tips can also be reported to tips.fbi.gov. 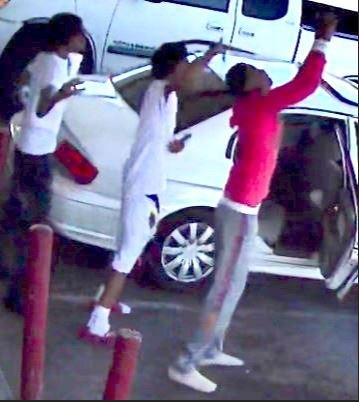 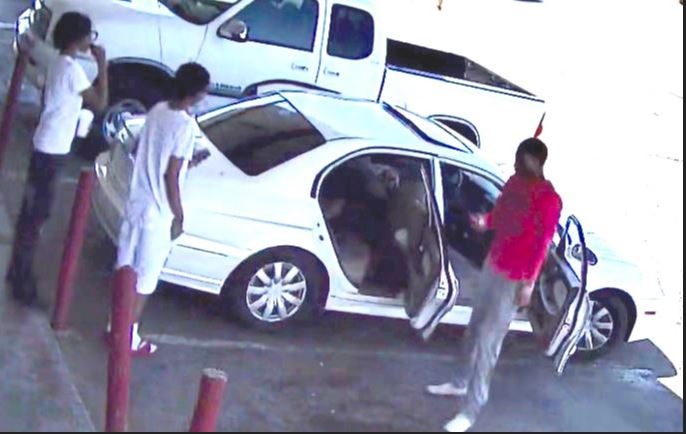