In addition to the FBI New York anti-hate crime posters campaign, the NYPD and FBI New York have announced a joint public service announcement (PSA) to encourage the reporting of anti-Asian hate crimes and to stand in solidarity with the Asian community. The NYPD and FBI encourage all New Yorkers, regardless of immigration status, to report any bias or hate crime incident—and it will be vigorously investigated.

This video was produced by the New York Police Department.
More videos, in various languages, are available on the NYPD website.

﻿Hate crimes are the highest priority of the FBI’s civil rights program because of the devastating impact they have on families and communities. The Bureau investigates hundreds of these cases every year, and we work to detect and prevent incidents through law enforcement training, public outreach, and partnerships with community groups. As part of its responsibility to uphold the civil rights of the American people, the FBI takes a number of steps to combat the problem of hate crimes.

A hate crime is a traditional offense like murder, arson, or vandalism with an added element of bias. For the purposes of collecting statistics, the FBI has defined a hate crime as a “criminal offense against a person or property motivated in whole or in part by an offender’s bias against a race, religion, disability, sexual orientation, ethnicity, gender, or gender identity.” Hate itself is not a crime—and the FBI is mindful of protecting freedom of speech and other civil liberties.

Traditionally, FBI investigations of hate crimes were limited to crimes in which the perpetrators acted based on a bias against the victim’s race, color, religion, or national origin. In addition, investigations were restricted to those wherein the victim was engaged in a federally protected activity. With the passage of the Matthew Shepard and James Byrd, Jr., Hate Crimes Prevention Act of 2009, the Bureau became authorized to also investigate crimes committed against those based on biases of actual or perceived sexual orientation, gender identity, disability, or gender.

FBI New York has released a series of anti-hate crime posters that encourage people to report to their local law enforcement or the FBI. These posters can be used by members of the media and the community. 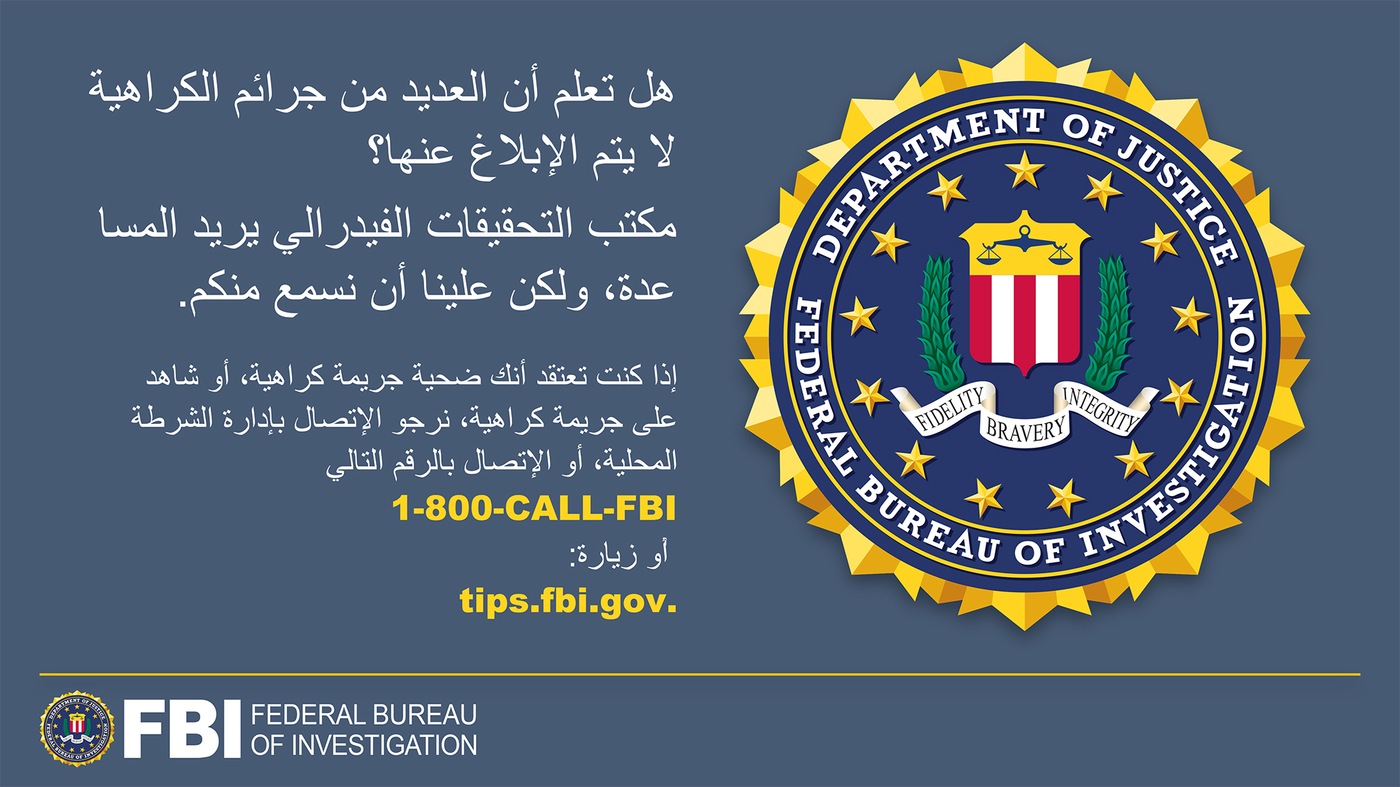 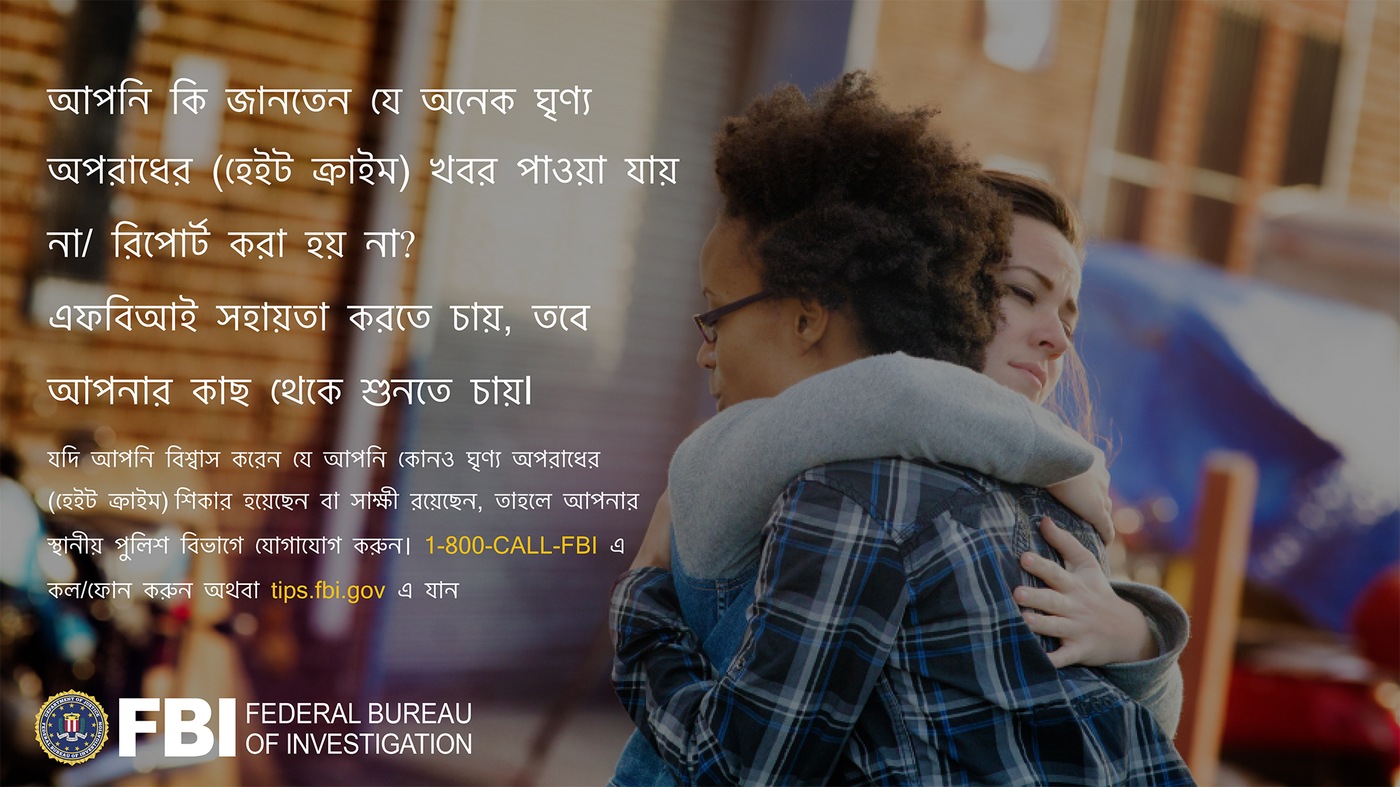 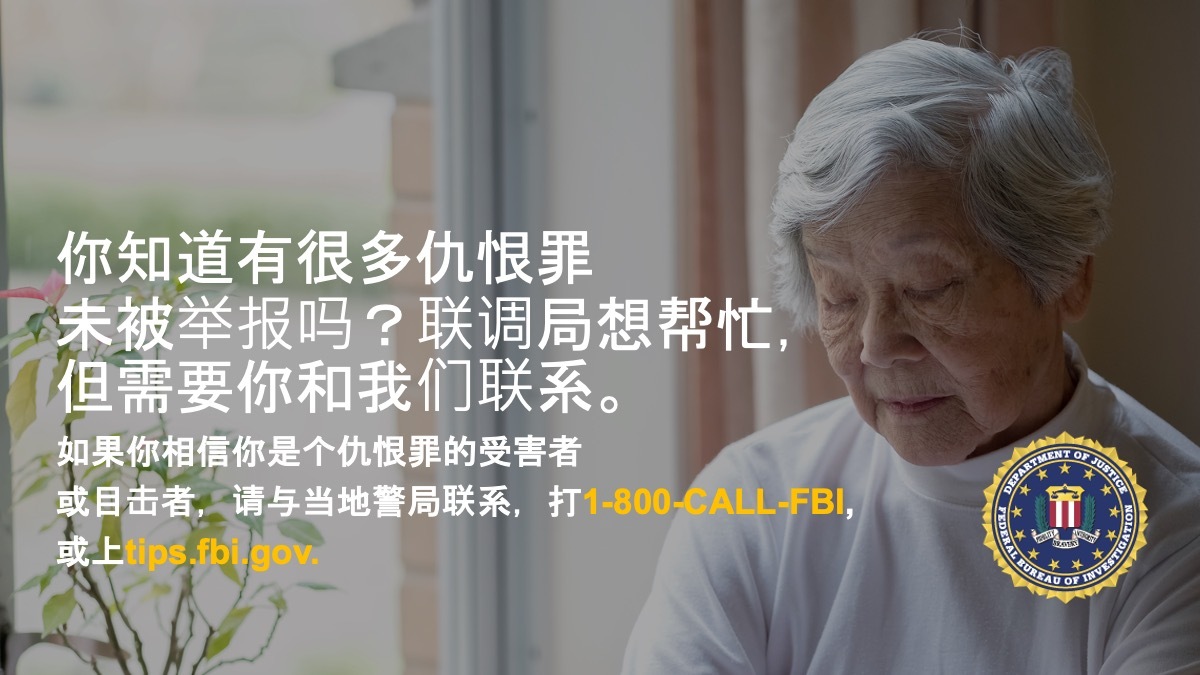 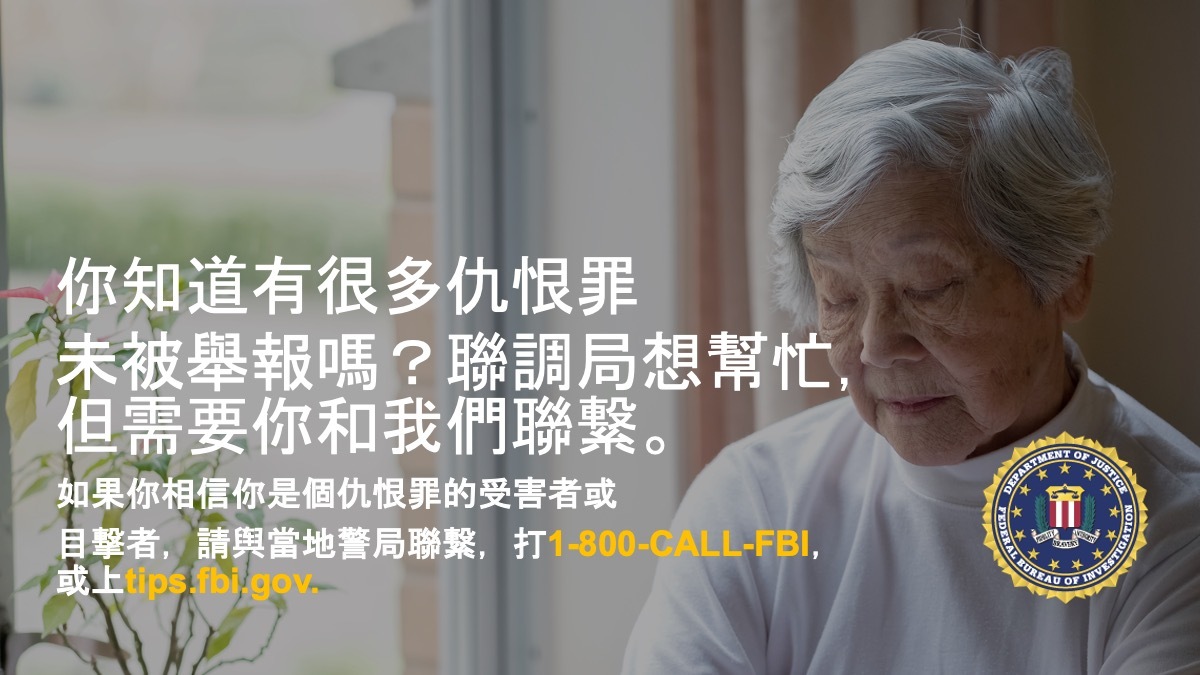 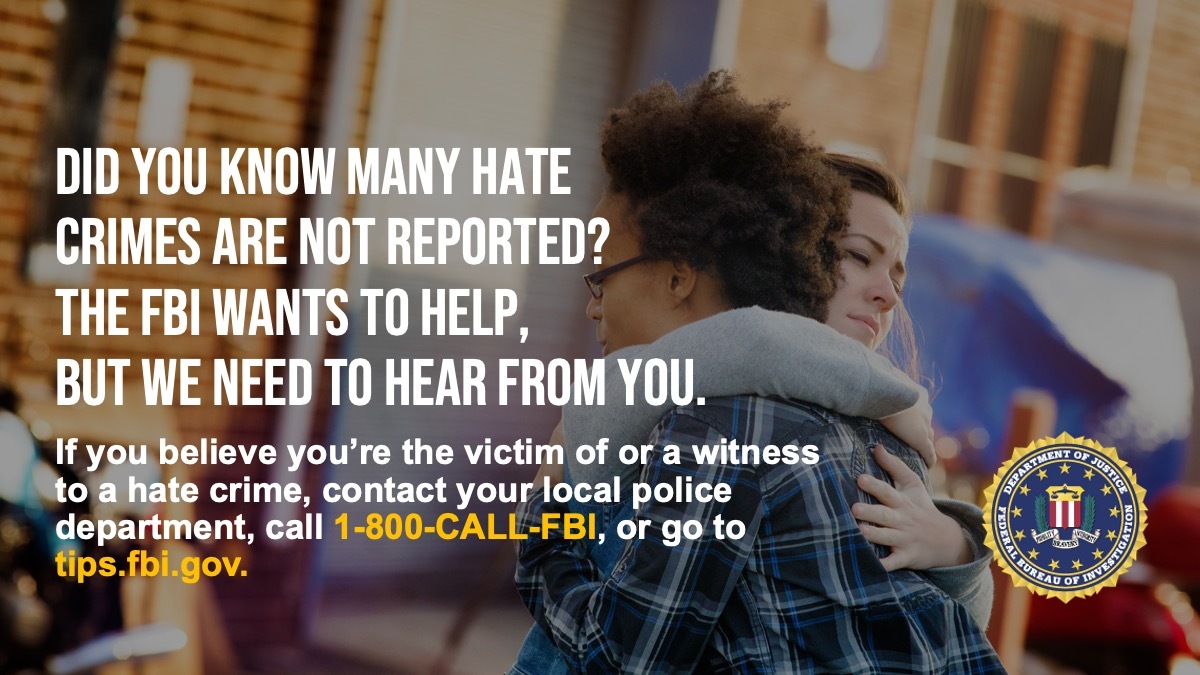 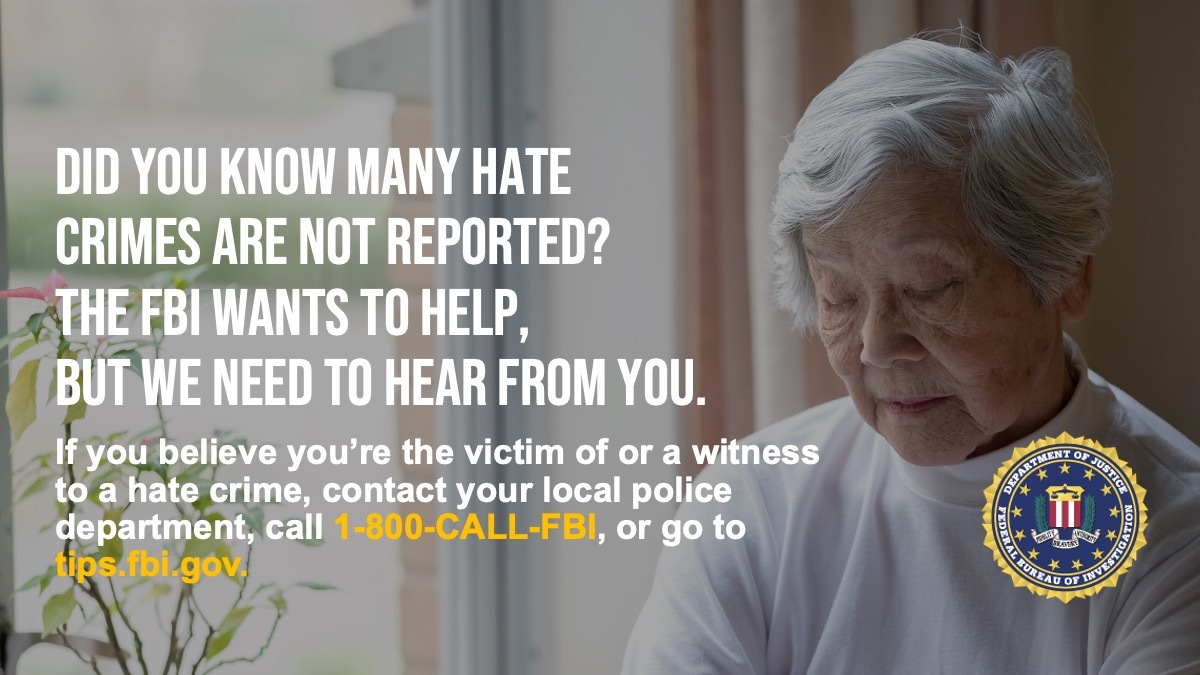 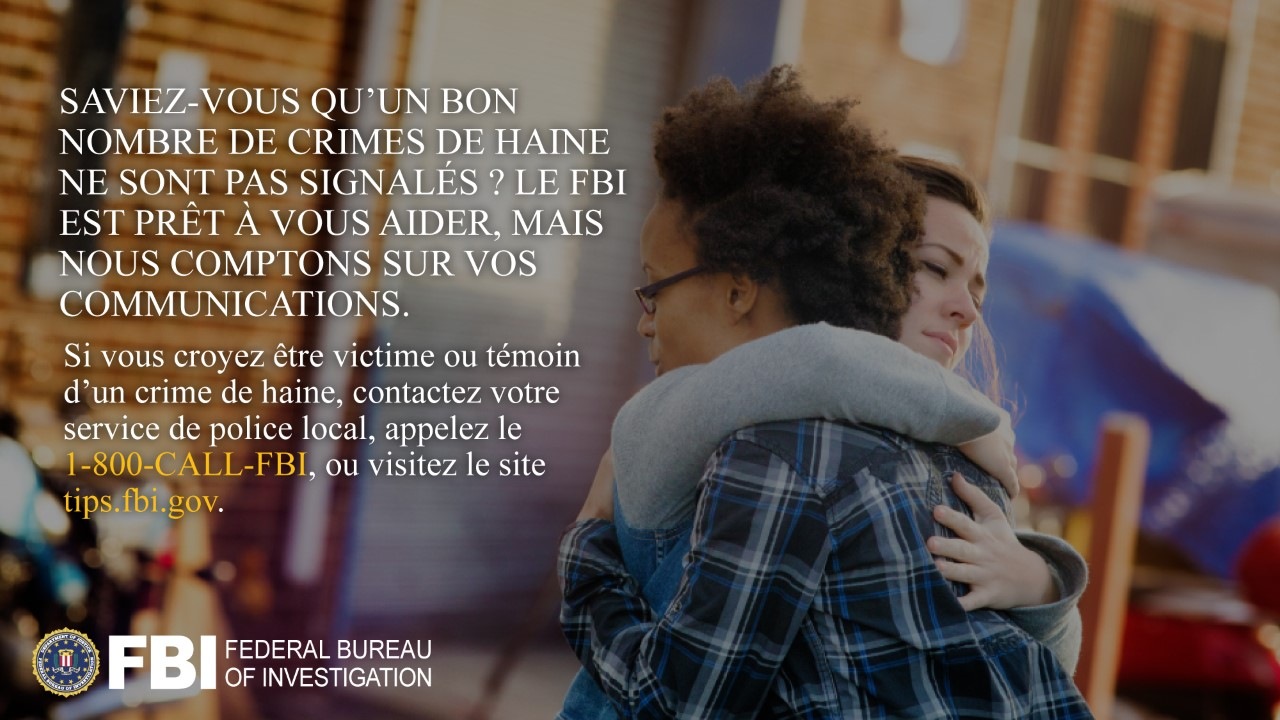 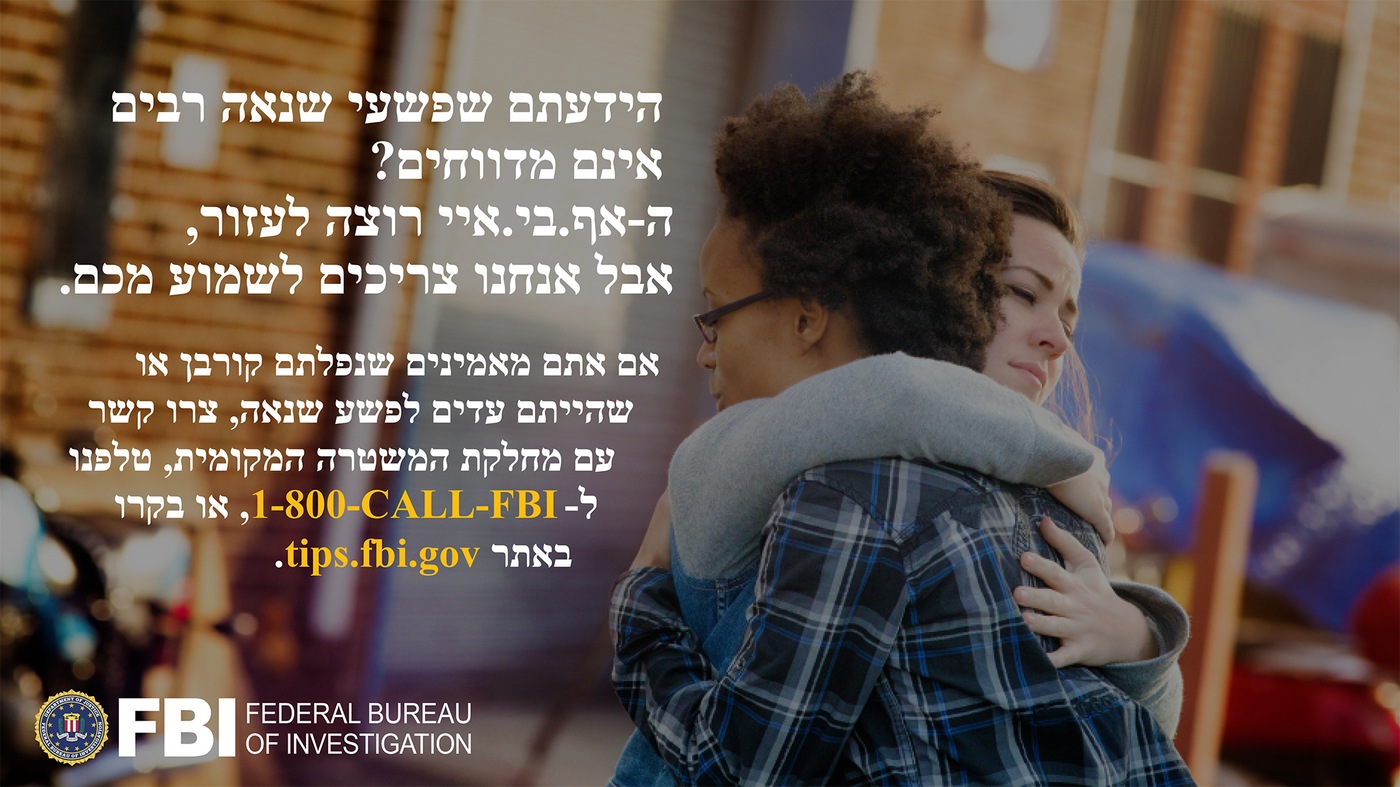 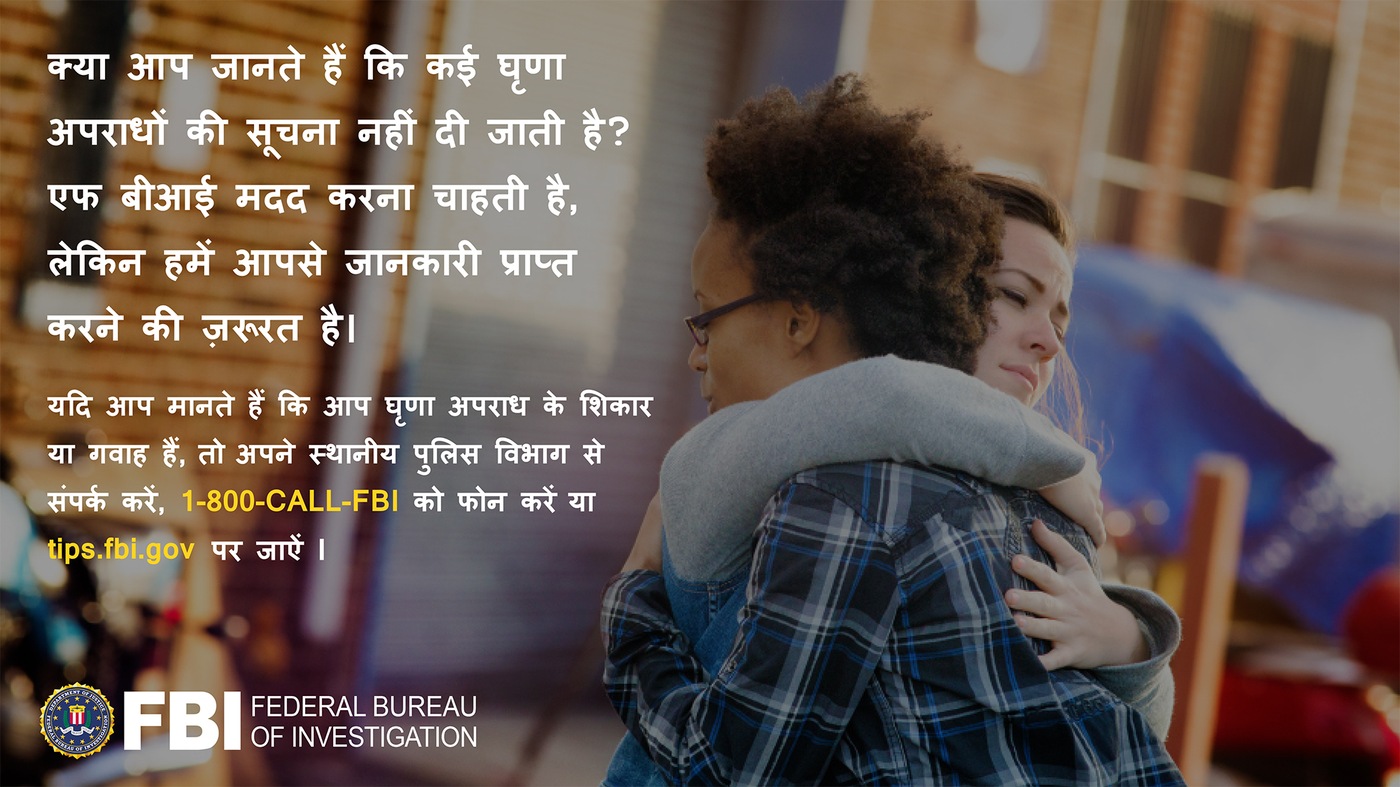 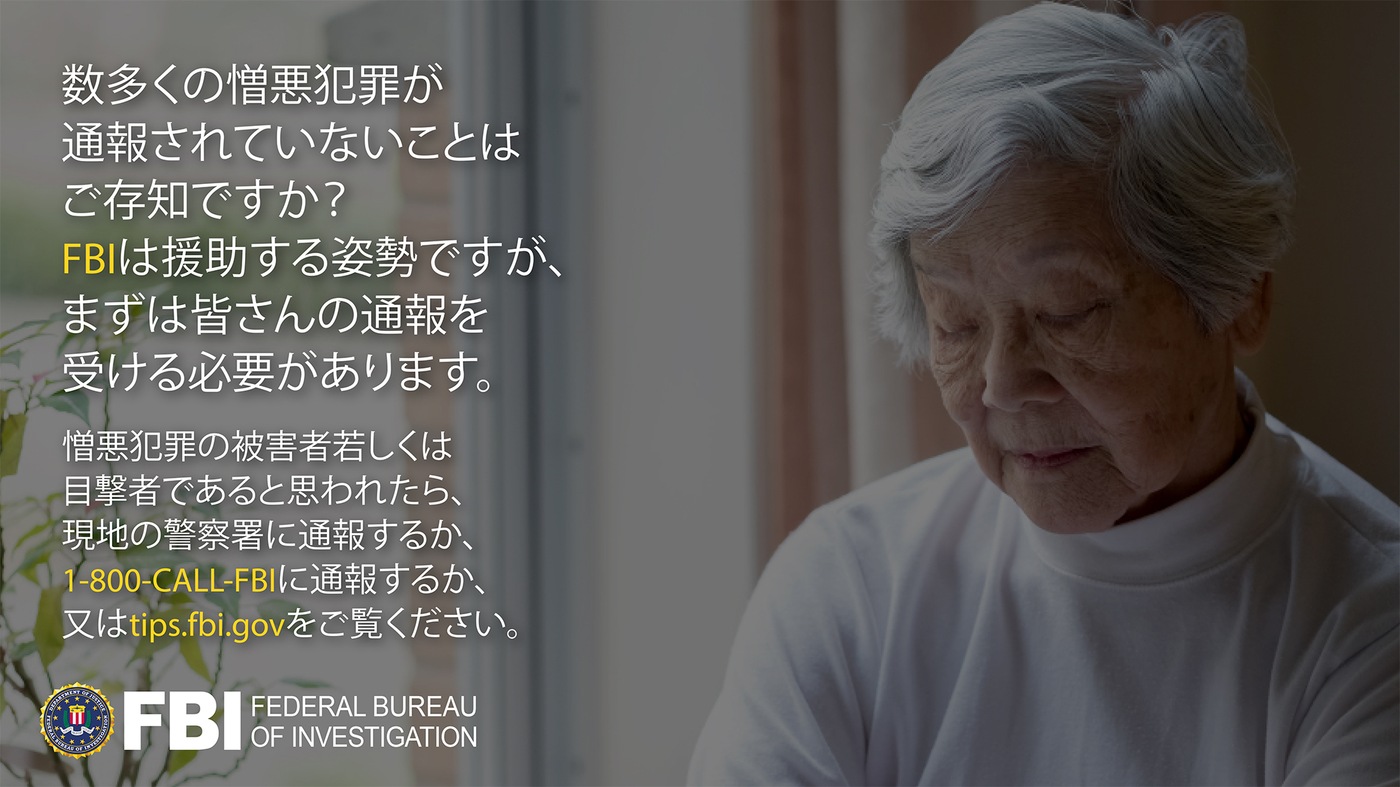 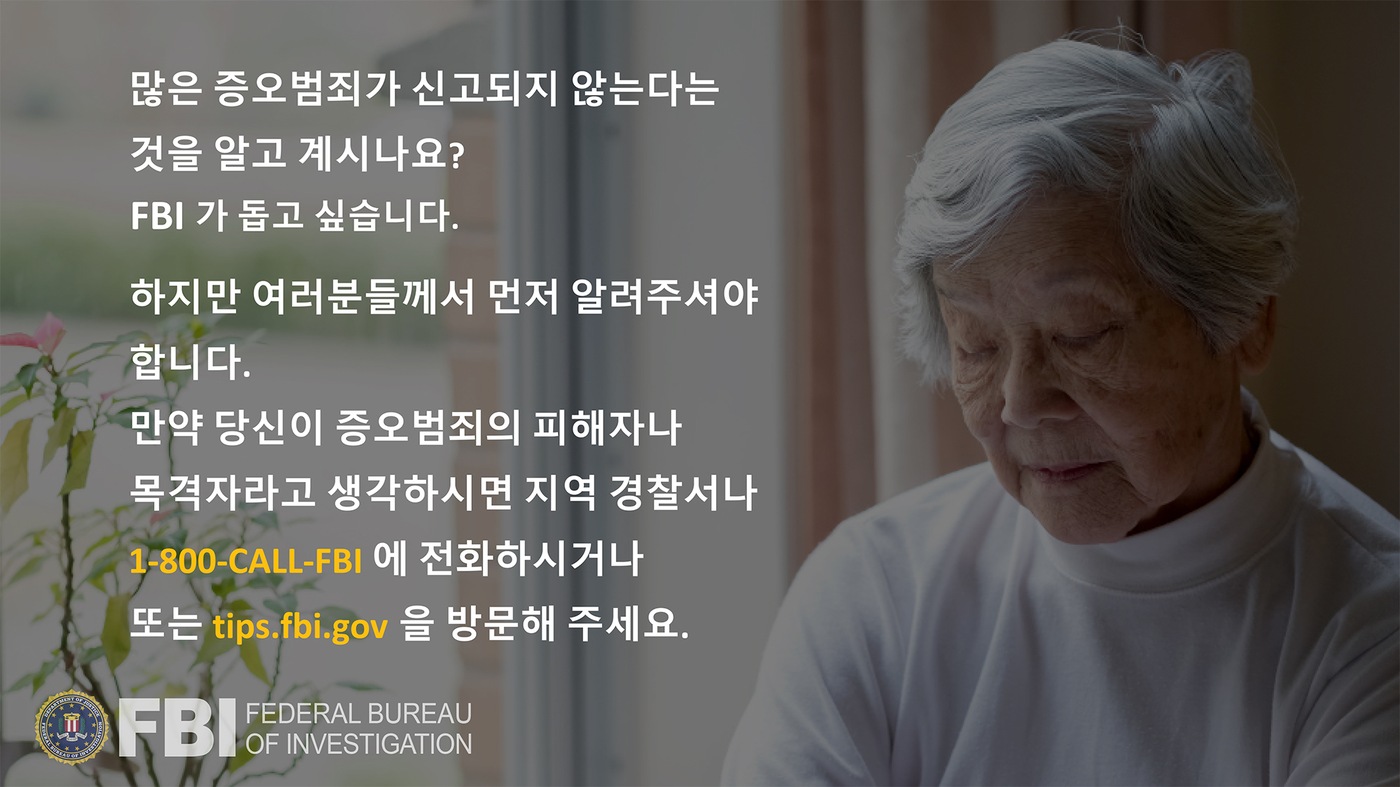 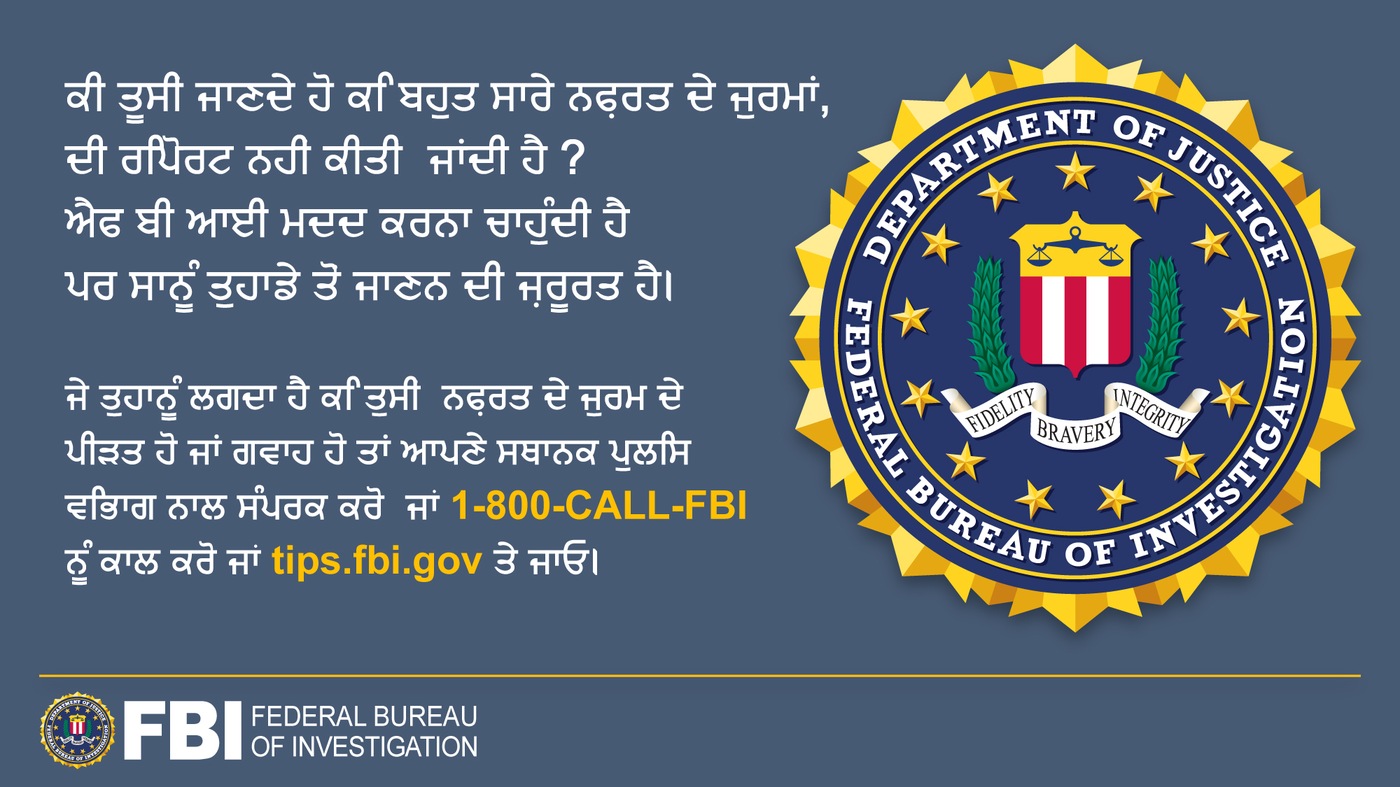 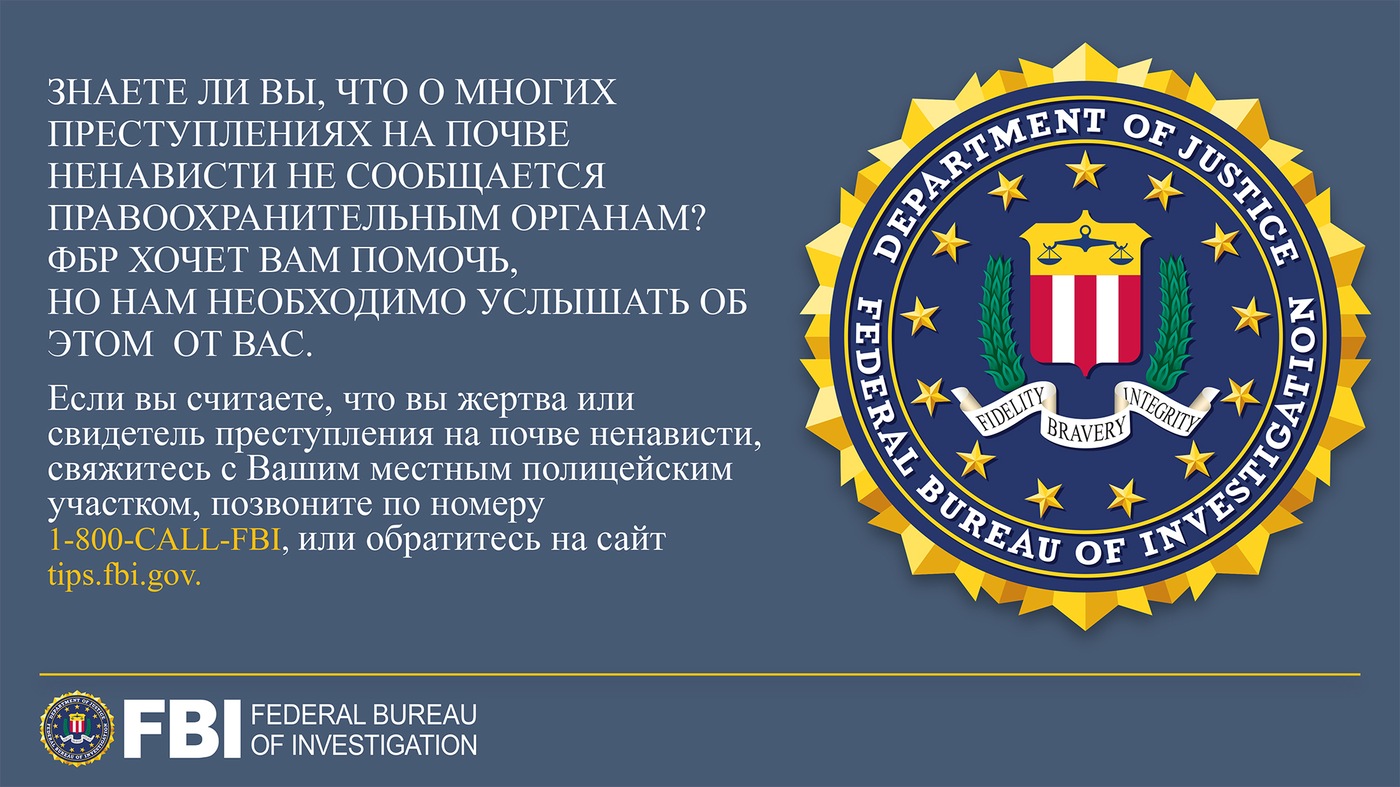 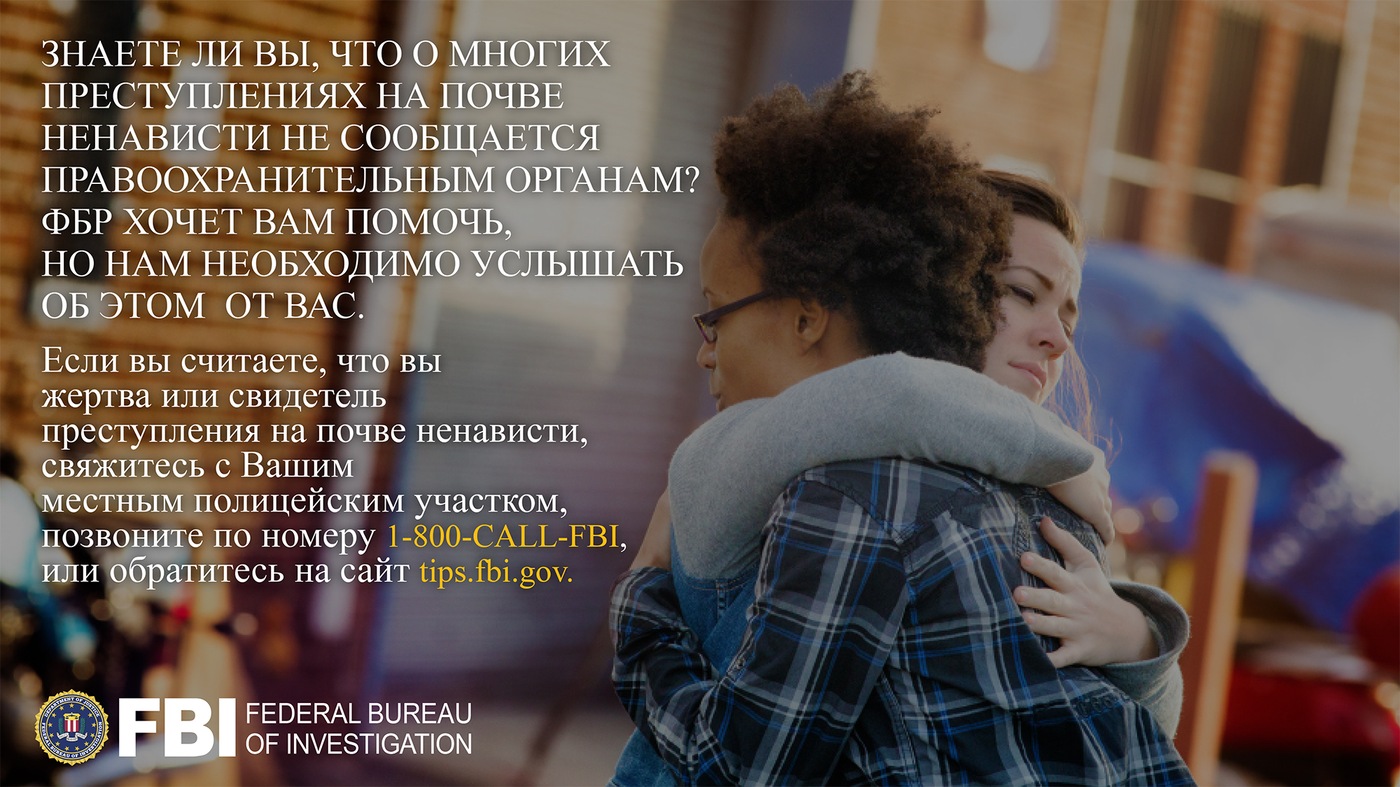 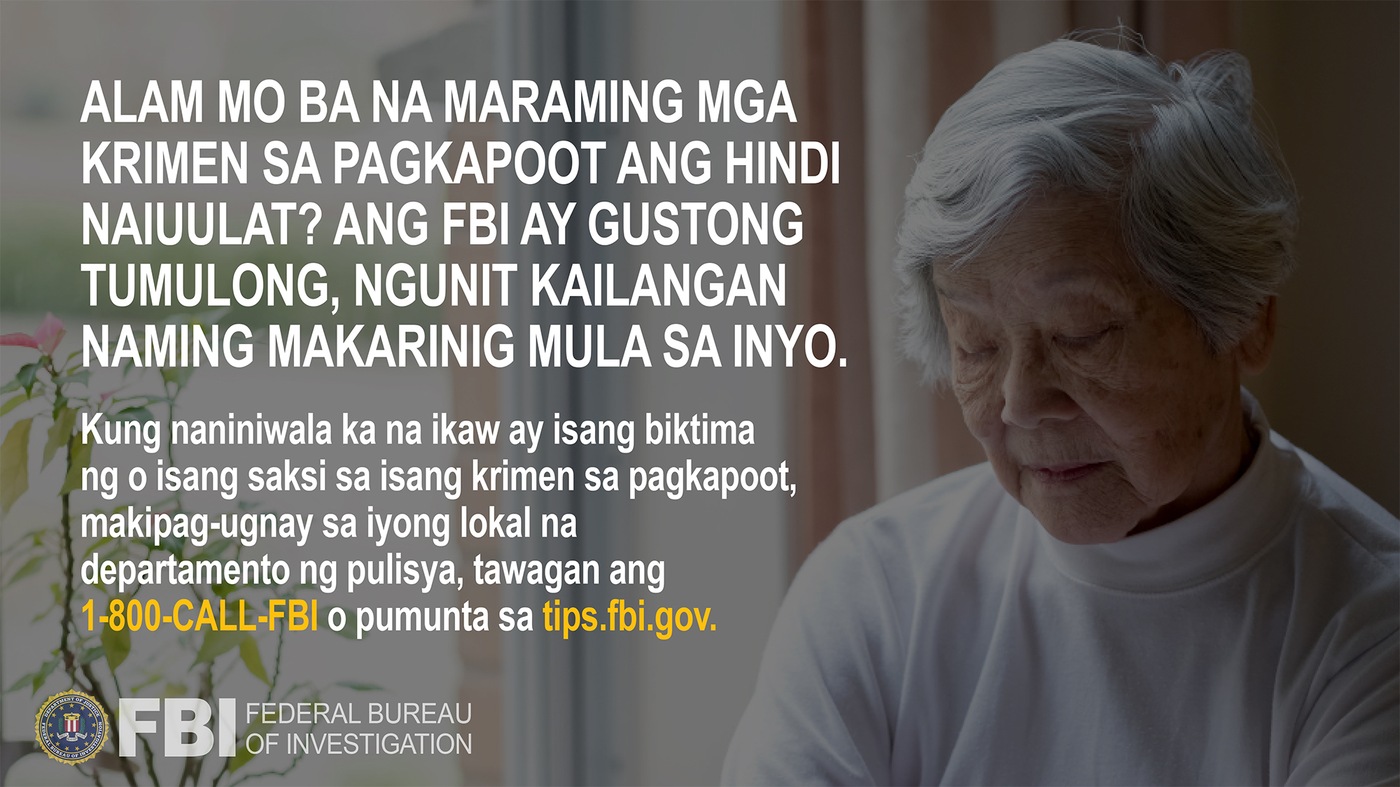 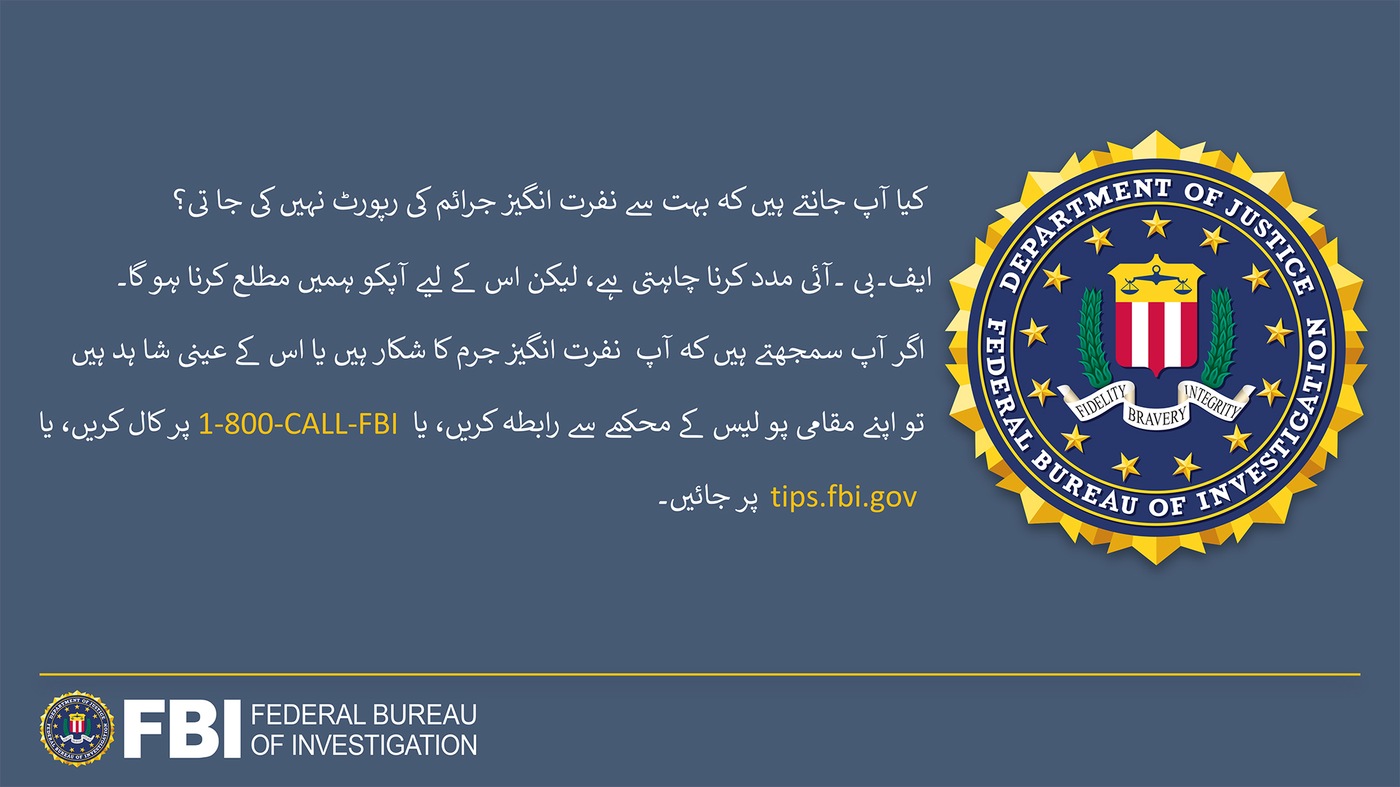 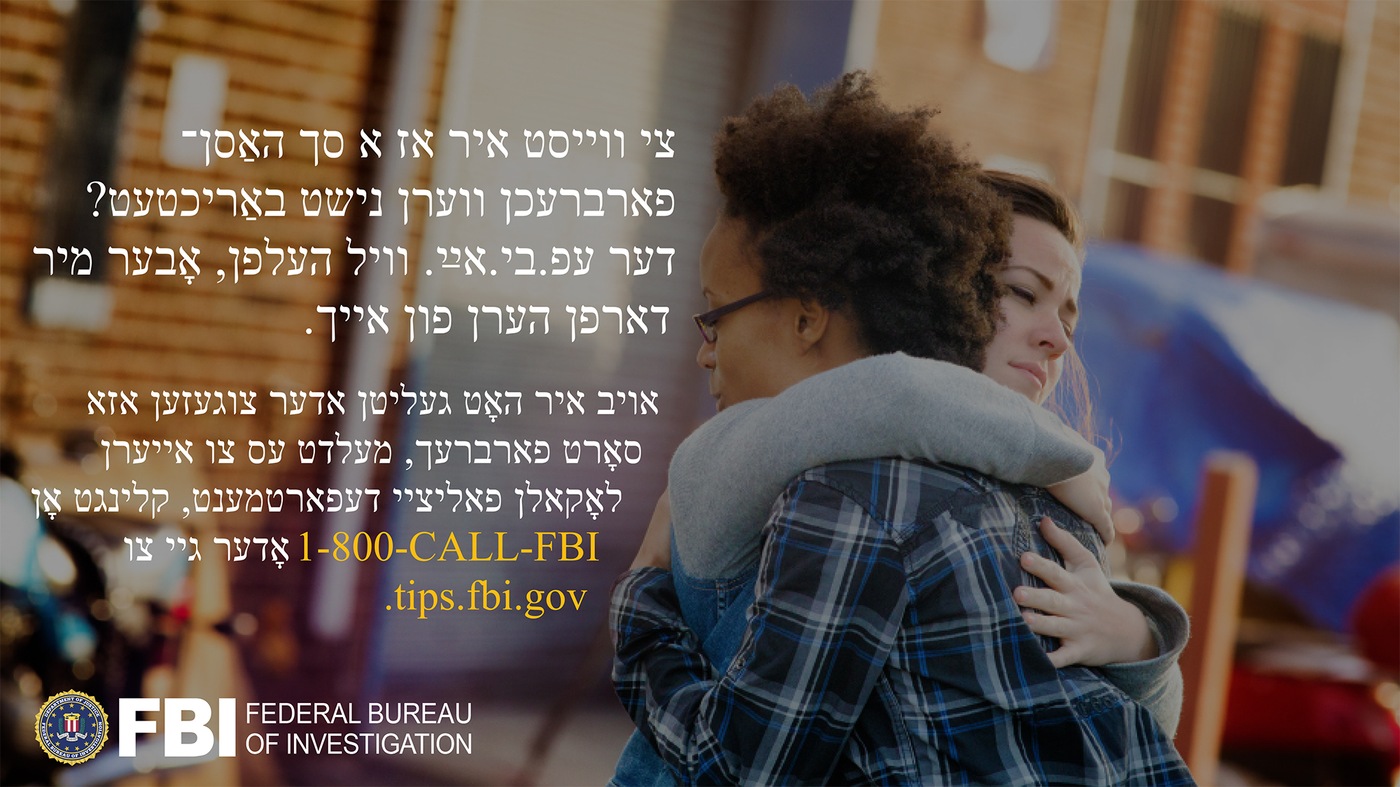 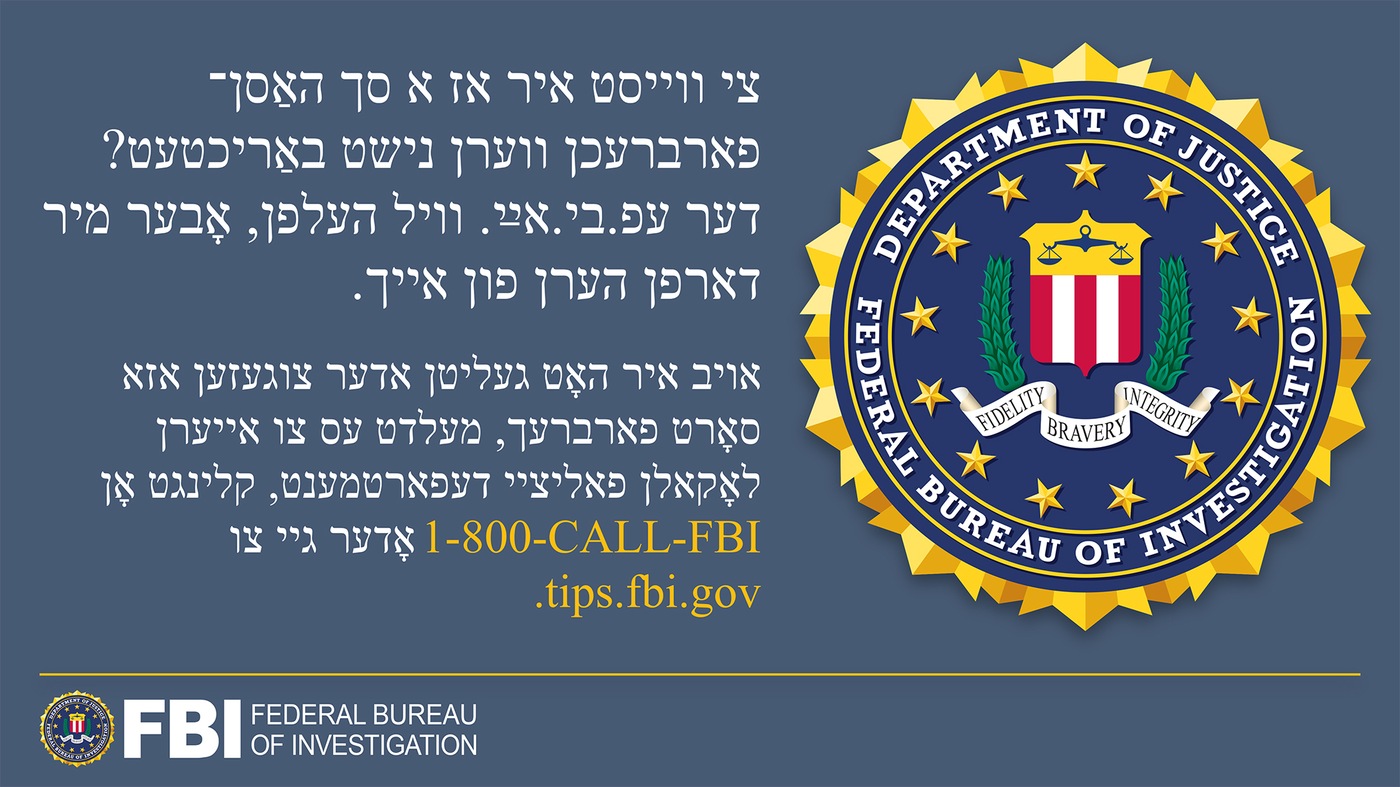