On April 14, 2015, Huntington County Executive Steve Bellone and Suffolk County Fire, Rescue, and Emergency Services Commissioner Joe Williams honored members of the Huntington Community First Aid Squad who recently responded to a call to aid an injured police officer. Among those recognized at the ceremony was FBI Supervisory Special Agent (SSA) Michael Petronella, who dedicates his time to riding with the local squad on Wednesday nights as an EMT.

On March 11, the officer was conducting a traffic stop of known drug targets when one of the occupants of the vehicle got out of the car and ran. As a pursuit ensued, the subject turned and fired on the officer, striking him in the neck and hip. Shortly before midnight, the squad, including FBI’s Petronella, received a call from the scene alerting them that a police officer had been injured. The crew responded, provided on-scene care to the officer, and transported him to a helicopter that airlifted him to Stony Brook Medical Center. The officer is expected to make a full recovery.

“I congratulate SSA Petronella and other members of the Huntington Community First Aid Squad who have been recognized with this prestigious honor,” said FBI Special Agent in Charge of the Special Operations/Cyber Division Leo Taddeo. 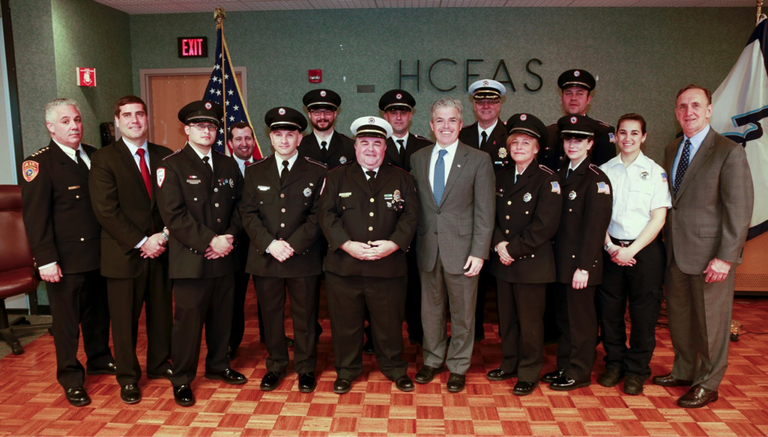