Rye, NY—The FBI Westchester County Safe Streets Task Force announced today, along with the Rockland County District Attorney’s Office and Haverstraw Police Department, that Eugene Palmer (DOB: 4/4/1939) has been added to the FBI’s Ten Most Wanted Fugitives list. Palmer is wanted on a federal warrant for unlawful flight to avoid prosecution in the alleged murder of his daughter-in-law in September 2012. 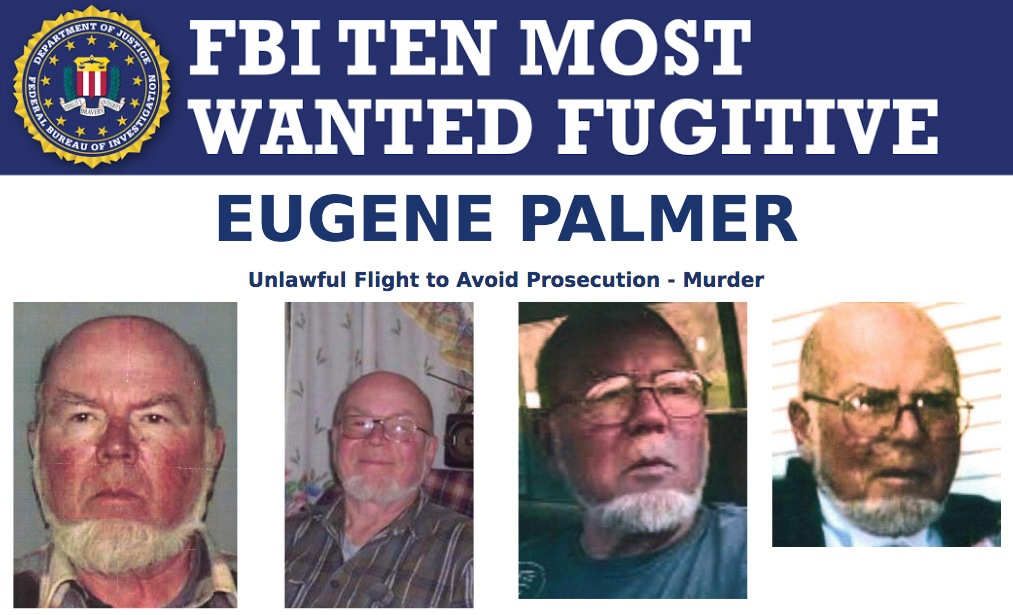 Select to view related story, poster, and other information

“When detectives and prosecutors realized Palmer most likely left New York state after the murder, they asked for our help and we filed a federal warrant. That warrant allows our agents all over the United States and the world to investigate, and opens up a vast number of resources to find Eugene Palmer and bring him to justice,” said William F. Sweeney, assistant director in charge of the New York Field Office of the FBI. “We can’t bring back Tammy Palmer, but we hope finding the man who is accused of murdering her will offer some solace to the grieving family.”

Rockland County District Attorney Kevin Gilleece said, “After nearly seven years and thousands of hours of investigative work, we hope the addition of Eugene Palmer to the FBI’s Top Ten list will yield substantive tips to this fugitive’s whereabouts. The Rockland County District Attorney’s Office is extremely grateful for our ongoing partnership with the FBI. With help from the public, I hope we can provide justice for Tammy and her children.”

Town of Haverstraw Police Chief Peter Murphy said, “I would like to thank the FBI for placing Eugene Palmer on the Ten Most Wanted Fugitives list. This was a heinous crime that took the life of a mother of two children. Our hope is that the additional federal resources and publicity will lead to his apprehension, thereby providing some closure and justice to Tammy’s family.”

Palmer is believed to be armed and dangerous. He is 5’10”, with brown eyes and gray hair. His left thumb is deformed. He is known to be an experienced hunter and avid outdoorsman, with an interest in cars and auto racing. Investigators believe Palmer has ties to upstate New York and Florida.

The FBI is offering a reward of up to $100,000 for information leading directly to the arrest of Eugene Palmer. Anyone with information concerning Palmer should take no action themselves, but should immediately contact the nearest FBI office or local law enforcement agency. Tips can also be submitted online at tips.fbi.gov. Individuals calling from outside of the United States should contact the nearest U.S. Embassy or Consulate.

Eugene Palmer is the 523rd addition to the FBI’s Ten Most Wanted Fugitives list, which was established in March 1950. Since then, 488 fugitives have been apprehended or located, 162 of them as a result of citizen cooperation. Additional information about Palmer, including his wanted poster and the FBI’s list of Ten Most Wanted Fugitives, can be found at fbi.gov/wanted.