FBI Offers Reward in Hunt for Fugitive in Murder Investigation

FBI Offers Reward in Hunt for Fugitive in Murder Investigation

The FBI Hudson Valley Safe Streets Task Force and the New York State Police are asking the public for help finding a fugitive wanted for homicide in the Town of Wallkill.

An Orange County grand jury indicted Jamaad Murphy (pictured below) in December 2019 for murder in the second degree in the shooting death of Matthew Napoleoni. The FBI is offering a reward of up to $10,000 for information leading to the arrest of Murphy. 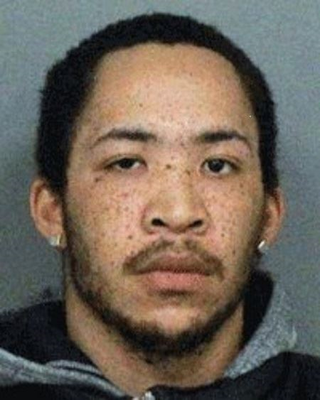 New York State Police (NYSP) investigators say Napoleoni was shot outside the Made in Puerto Rico Latin Cuisine and Sports Bar at 505 Schutt Road Extension in Wallkill, New York, on November 3, 2019. He’s described as 5’10” tall, about 180 pounds, with a tattoo on his left arm that reads “Rachel.”

Anyone with information regarding Murphy or his whereabouts could receive up to $10,000 leading to his arrest, and they should contact the FBI New York at 1-800-CALL-FBI or the New York State Police at (845) 344-5300. Murphy is to be considered armed and dangerous.