Timothy Gallagher, special agent in charge of the Newark Field Office of the Federal Bureau of Investigation, announced he will retire from the FBI, effective March 17, 2018. SAC Gallagher has served the FBI for over twenty years and has worked in several FBI Field Offices and FBI Headquarters (FBIHQ).

SAC Gallagher has led the FBI Newark Field Office since March 2016. Throughout SAC Gallagher’s tenure as FBI Newark’s special agent in charge, he received numerous commendations from local and federal law enforcement agencies. Under his leadership, Newark Field Office made over 1,420 arrests, 329 indictments, and 508 convictions. He oversaw many successful and high profile cases, including the investigation of a complex health care fraud scheme, Biodiagnostic Laboratory Services, and the arrests of New Jersey and New York terror bombing suspect, Ahmad Khan Rahimi as well as the apprehension of a Top Ten Most Wanted Violent Crime Fugitive, Walter Yovany Gomez. SAC Gallagher was closely engaged with the community he served and frequently spoke at schools and community gatherings.

Mr. Gallagher entered on duty as a special agent with the FBI in May 1996. He reported to the Cleveland Field Office Canton Resident Agency where he was assigned to investigate all criminal matters. SAC Gallagher was a member of the Evidence Response Team and responded to the crash site of United Flight 93 in Somerset, Pennsylvania, on September 11, 2001.

SAC Gallagher was a supervisory special agent in the Financial Crimes Section at FBI Headquarters where he specialized in combating identity theft and mortgage fraud. Among his other assignments, SAC Gallagher was the assistant special agent in charge of Washington Field Office (WFO) Intelligence Division and Chief of the Cyber Division’s Strategic Outreach and Initiatives Section. In 2012, he was named special agent in charge of the Criminal Division at WFO where he oversaw criminal and cyber investigations and was the on-scene commander during the Washington Navy Yard active shooter incident in September of 2013. In 2015, SAC Gallagher was appointed deputy assistant director of the Criminal Investigative Division’s Intelligence Branch at FBIHQ.

“It has been an amazing opportunity to return to the State of New Jersey and serve side by side with the great women and men of the FBI Newark Division and the New Jersey Law Enforcement Community,” said SAC Gallagher. “I am eternally grateful for our partners who I had the honor to work with day in and day out keeping the people of our state safe.”

“It has been a privilege to work with Mr. Gallagher,” said United States Marshal Juan Mattos, Jr. “His retirement marks the culmination of a career spent achieving success and making a difference in the criminal justice field. He leaves behind a legacy of teamwork, encouragement, and achievement that will forever be a part of the FBI Newark Division.”

“Special Agent in Charge Gallagher is universally respected in the New Jersey law enforcement community for good reason,” U.S. Attorney Carpenito said. “Whether it’s national security, violent crime and drugs, or white collar fraud, his judgment and leadership has been a tremendous asset to both the U.S. Attorney’s Office and our law enforcement partners across the state. We couldn't have asked for a better partner in the war on crime.” 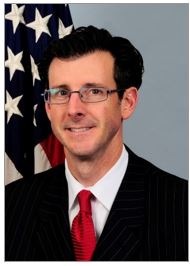