On Wednesday, May 13, 2015, in a ceremony at the Milwaukee Police Department (MPD) Training Academy, members of the FBI’s Southeastern Wisconsin Regional Gang Task Force (SWRGTF), a special unit of the MPD District Five Anti-Gang and Violent Crime Initiative, were recognized by MPD with a Unit Service Award. The Unit Service Award is presented to a MPD unit whose actions through a combination of teamwork, diligence, and perseverance is performed in an exemplary manner.

During the ceremony, it was noted:

“In October 2013, the Milwaukee Police Department and the Federal Bureau of Investigation created a task force in District Five to identify and prosecute violent criminal gang members. The task force balances long-term conspiracy investigations with short-term violent crime investigations. The members of the task force have a sustained focus on informant development, intelligence gathering, and highly visible warrant service and arrest operations. Much of the task force’s effort has been in combating the 29 Taliban street gang, which deals heroin, cocaine, and marijuana in District Five. The work of this task force significantly disrupted the operation of the 29 Taliban street gang and three armed robbery crews and restored relative peace to this neighborhood.”

“In the first year of operation, the task force made 107 arrests, with 58 of those arrests for weapons or violence related offenses. Almost 80 firearms have been taken off the streets, with three ballistic vests also recovered, and nearly $18,000 in assets seized. Officers and detectives have developed information that led to the clearance of three homicides, 11 armed robberies, and six non-fatal shootings. These efforts played a major role in reducing homicides by 100 percent and non-fatal shootings by 35 percent in the target area.” 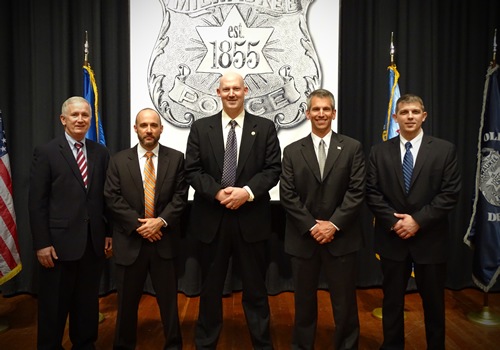