A $3 million shipment of ventilators stolen on or about August 8, 2020, was recovered on Thursday, August 20, 2020, in Southwest Dade County.

The ventilators were being shipped to El Salvador by the United States Agency for International Development (USAID) when stolen.

Because the investigation is ongoing, no further information is being released at this time.

FBI press releases are issued for matters pertaining to public safety and/or requests for public assistance. Anyone with information about an FBI investigation is urged to call (754) 703-2000.

Attached Photo: Image of a ventilator similar to the ones in the stolen shipment. 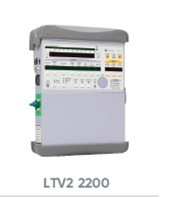