MIAMI—FBI Miami is offering a reward of up to $25,000 for information leading to the whereabouts of mother and daughter Liliana and Daniella Moreno who went missing five years ago on May 30th, 2016.

At the time of their disappearance, Liliana was 41 years old and Daniella was eight years old. They have not been seen or heard from since. (see photo below)

Liliana and Daniella were last seen in or near the Home Depot store at 13895 West Okeechobee Road in Hialeah on May 30th, 2016.

Following their disappearance, a search of Liliana’s home in Doral, Florida, revealed indications that she planned to return such as the presence of a number of personal belongings and unfinished meal preparations.

Law enforcement has not ruled out foul play.

In addition to South Florida, the Moreno’s have ties to Colombia.

Anyone with information as to the whereabouts of Liliana and Daniella, no matter how insignificant, is urged to contact the FBI at 1-800-CALL-FBI or submit a tip at tips.fbi.gov. 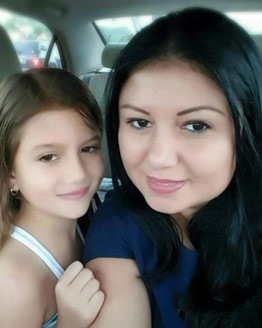