The FBI is offering a reward of up to $10,000 for information leading to the arrest and conviction Jonathan David Cifuentes, 26, of North Miami Beach, Florida, for his alleged involvement in a shooting on April 5, 2015, in the parking lot of a club located 5101 NW 79th Ave, Doral, Florida.

On that date, Cifuentes was observed carrying a bat in the parking lot of the club and was asked to leave the premises. Cifuentes allegedly returned to his vehicle, retrieved a handgun, and shot one individual in the groin and another individual in the ankle.

On April 9, 2015, a state arrest warrant was issued charging Cifuentes with two counts of attempted murder in the 1st degree and one count of discharging firearm in public.

Cifuentes should be considered ARMED AND DANGEROUS.

Description of the fugitive: View poster 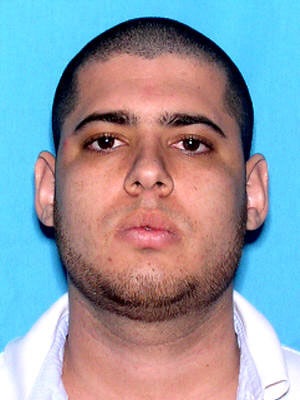