Reward of up to $25,000 Offered for Fugitive Wanted for Multiple Armed Sexual Assaults in Los Angeles

Reward of up to $25,000 Offered for Fugitive Wanted for Multiple Armed Sexual Assaults in Los Angeles

FBI Assistant Director in Charge Paul D. Delacourt, of the Los Angeles Field Office, and Chief Charlie Beck of the Los Angeles Police Department (LAPD) announced a reward of up to $25,000 being offered in exchange for information leading to the arrest of a suspect wanted for multiple sexual assaults in Los Angeles.

Greg Alyn Carlson, believed to be approximately 46 years old and originally from the Washington, D.C. area, is wanted for his alleged involvement in multiple armed sexual assaults in Los Angeles, California.

After he posted bond, Carlson allegedly fled to a family home in Mount Pleasant, South Carolina, and at some point thereafter, fled with a stolen handgun, rental car, and a significant amount of cash. Carlson has indicated that he will not return to Los Angeles to face prosecution.

Carlson allegedly fled South Carolina in the stolen rental car. He was seen in Hoover, Alabama, on November 22, 2017. When police attempted to stop him, Carlson allegedly led them on an erratic, high-speed pursuit that was terminated by the police due to the danger to the public.

A local arrest warrant was issued for Carlson by the Superior Court of the State of California, County of Los Angeles, on September 6, 2017, and he was charged with one count of assault with intent to commit rape. A federal arrest warrant was issued in the United States District Court, Central District of California, on December 12, 2017, and Carlson was charged with unlawful flight to avoid prosecution. Carlson uses aliases including Greg A. Carlson and Greg Alym Carlson. He should be considered armed and extremely dangerous and is further described as follows:

Carlson may be in possession of a stolen pistol. He may be traveling in a stolen white, four-door, 2017 Hyundai Accent rental car with South Carolina license plate NKI-770. Carlson has previously resided in Santa Monica, California.

The FBI is offering a reward of up to $25,000 for information leading directly to the arrest of Carlson. Anyone with information concerning Carson should take no action themselves, but should immediately contact the nearest FBI office or local law enforcement agency. All information can remain anonymous and confidentiality is guaranteed. Individuals calling from outside of the United States should contact the nearest U.S. Embassy or Consulate. The FBI’s Los Angeles Field Office can be reached 24 hours a day at 888 CANT-HIDE (888 226-8443). 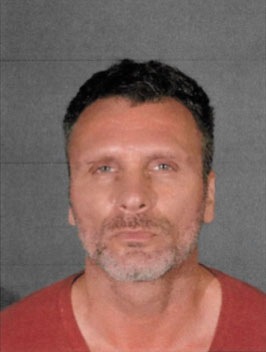 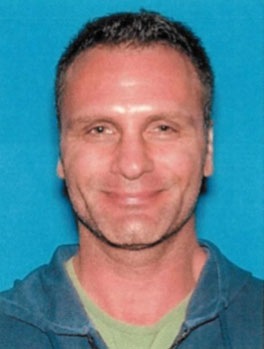