FBI Offering Reward of Up to $50,000 for Information in Cold Case Homicide Investigation

FBI Offering Reward of Up to $50,000 for Information in Cold Case Homicide Investigation

KANSAS CITY, MO—FBI Kansas City Special Agent in Charge Timothy Langan announced today that the FBI is offering up to $50,000 for information leading to the arrest, prosecution, and conviction of the individual(s) responsible for the 1998 murder of Rhonda Tribue.

Rhonda, who may of also been known by her maiden name Easley, was a mother of six children, living in Kansas City, Kansas. She was found dead from apparent blunt force trauma at approximately 4:40 a.m. on October 8, 1998. Her body was discovered in the roadway at the 500 block of South 94th Street, near Edwardsville, Kansas. In the early morning hours of that same day, Rhonda had been seen at the Firelight lounge. Rhonda was known to frequent the Firelight lounge and the area of 7th Street and Quindaro Boulevard in Kansas City, Kansas.

Rhonda was 34-years-old at the time of her murder. At the time of her death, she was wearing a High-Sierra brand, dark-purple corduroy jacket over a gold lace top, pumpkin colored jeans, and brown sandals.

Rhonda was described as follows: 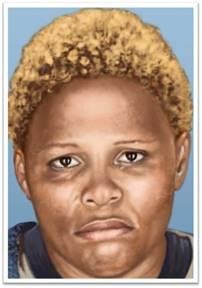 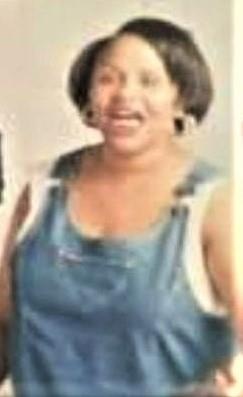