These graduates are receiving national recognition for their creation of the non-profit organization “Project Foresight Guam: Sexting & Cyberbullying Awareness Campaign” and the positive impact it has had on the community.

The organization was the inception of the University of Guam Master of Public Administrations Practicum class of Spring 2016, consisting of 16 students. Through field research and policy development, the awardees worked with law enforcement and key stakeholders to develop a strategic approach for raising awareness and fostering prevention of cyber-bullying and sexting among minors.

The group created highly regarded public service announcements focusing on the permanent nature of the Internet and the dangers of youth sexting- the exchange of naked or sexually explicit photos or videos. The group cautions youth that sending a boyfriend or girlfriend a sexually explicit photo or video is actually partaking in the dissemination of child pornography—which is a felony and federal crime that can lead to them being lawfully designated as a “sex offender.” Since its inception, Project Foresight has continued its efforts to spread its slogan of “Don’t let send be the end” to the community.

The Director’s Community Leadership Award (DCLA) was created in 1990, as the principle means for the FBI to honor individuals or organizations for their efforts in combating crime, terrorism, drugs, and violence to help keep Americans safe. 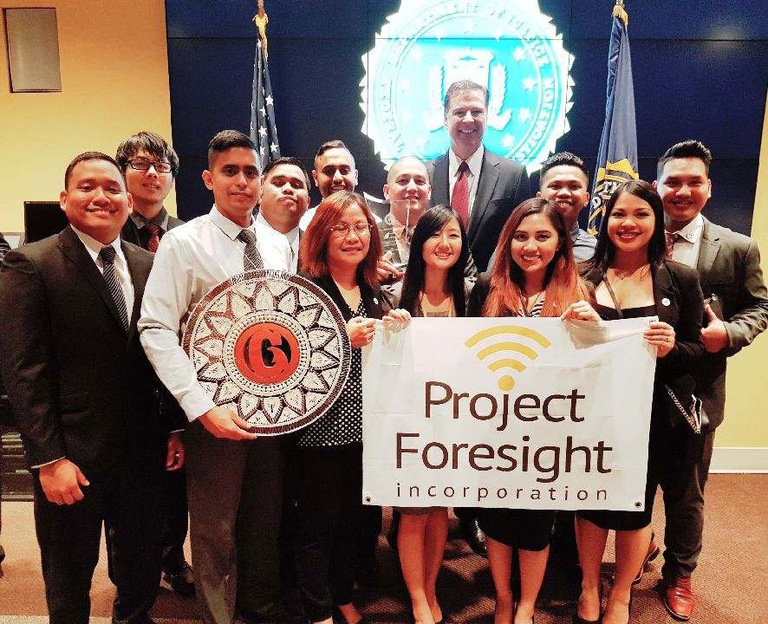