Paul Abbate, Special Agent in Charge of the FBI Detroit Field Office, announced that the FBI is offering a $2,500 reward for information leading to the arrest and conviction of the individual responsible for the August 13, 2014 Charter One bank robbery in Ferndale.

On August 13, 2014, just after 1:00 p.m., a black male wearing a tan Pittsburgh Steelers baseball cap and a tan vest entered the Charter One bank at 23011 Woodward Avenue in Ferndale, Michigan, and demanded cash. The suspect, carrying a bag with wires visibly hanging out of it, stated he was going to blow up the bank and everyone inside unless the bank teller complied with his demand. 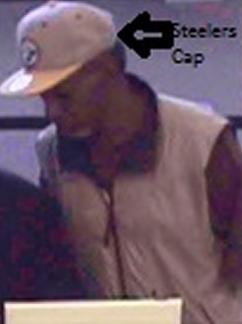 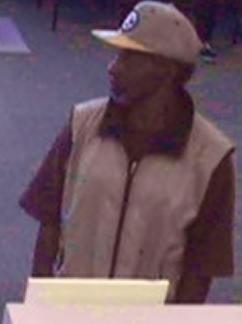 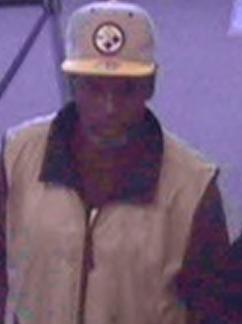