Paul Abbate, special agent in charge of the FBI Detroit Field Office, and Chief William Armstrong of the Lathrup Village Police Department announced that the FBI is offering a $1,500 reward for information leading to the arrest and conviction of the individual(s) responsible for the October 6, 2014 robbery of a TCF Bank branch in Lathrup Village.

On October 6, 2014, at approximately 10:07 a.m., an unidentified black male entered the TCF Bank branch located at 17535 12 Mile Road in Lathrup Village, Michigan, implied he had a gun and demanded money from the teller. The suspect wore a white piece of tape over his nose; a dark, Champion brand, zip-up hooded sweatshirt (with the hood pulled over his head); dark pants; gloves; and sunglasses. The suspect fled the scene in an older model, white Ford Taurus or Mercury Sable that had front-end damage, a dark driver-side mirror, and a white passenger-side mirror. 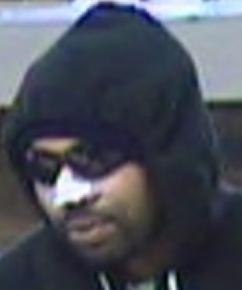 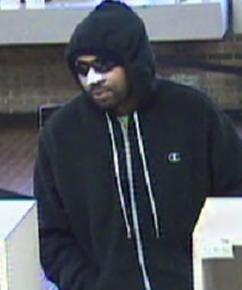 Members of the public should not try to apprehend the suspect(s). Anyone with information may contact the FBI Detroit Field Office 24 hours a day at 313-965-2323 or the Lathrup Village Police Department at 248-557-3600.